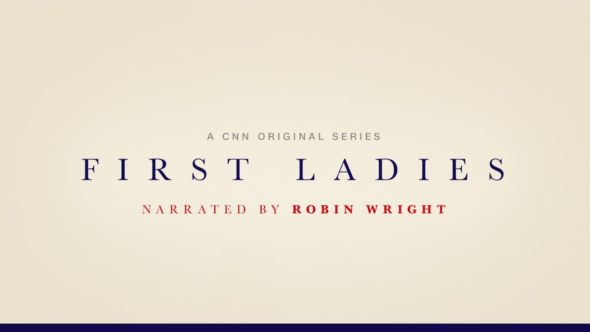 Get ready for a look at the lives of the women behind the men – the men that live in the White House. A new docu-series is coming to CNN which will give viewers a peek into the lives of several of the past First Ladies of the United States. Robin Wright, who played fictional First Lady Claire Underwood in House of Cards, will host this series, which will arrive next month. Michelle Obama, Jackie Kennedy, Nancy Reagan, Eleanor Roosevelt, Lady Bird Johnson, and Hillary Rodham Clinton are the focus of the profiles for this new TV show.

CNN revealed more about First Ladies in a press release.

“First Ladies provides an intimate inside look into the lives and legacies of six remarkable women who transformed the role of first lady,” said Amy Entelis, EVP for Talent & Content Development, CNN Worldwide. “The series highlights how each defied expectation to carve her own trailblazing path, inspire generations and leave an indelible imprint on American culture.”

What do you think? Are you interested in the lives of these iconic women? Will you watch First Ladies on CNN?

Please repeat series for those unable to see the fiirst part

Do you have DVDs of the special Presidents wives? I would like to purchase one.
.

Ive thoroughly enjoyed this series and hope it continues.

Really enjoyed the series. Loved the detail about the ladies, lives, beliefs and activities. Will there be more?