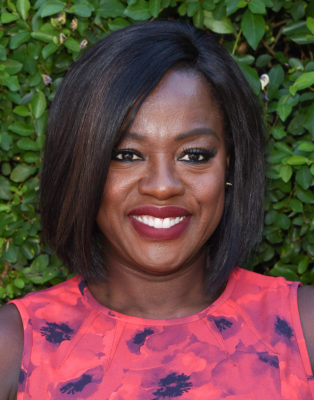 The drama series “will peel back the curtain on the personal and political lives of these enigmatic women, with season one focusing on Eleanor Roosevelt, Betty Ford and Michelle Obama.”

Showtime has already given a season-order to First Ladies, with Davis playing Michelle Obama. A premiere date has not yet been released, but you can read more info below:

In the East Wing of the White House, many of history’s most impactful and world-changing decisions have been hidden from view, made by America’s charismatic, complex and dynamic first ladies. This series will peel back the curtain on the personal and political lives of these enigmatic women, with season one focusing on Eleanor Roosevelt, Betty Ford and Michelle Obama.

“Throughout our history, presidents’ spouses have wielded remarkable influence, not only on the nation’s leaders but on the country itself.” said Winograde. “FIRST LADIES fits perfectly within the SHOWTIME wheelhouse of drama and politics, revealing how much personal relationships impact both domestic and global events. Having Viola Davis play Michelle Obama is a dream come true, and we couldn’t be luckier to have her extraordinary talent to help launch this series.”

Davis won Oscar, Golden Globe(R), BAFTA(R) and Screen Actors Guild Awards(R) for her performance in the feature film Fences, based upon the play for which she won a Tony Award. She also earned Emmy, Golden Globe and SAG Awards for her lead role in How To Get Away with Murder, for which she was a four-time Emmy nominee, as well as two additional Tony Awards for King Hedley II and Seven Guitars. Her career also includes Oscar, Golden Globe and SAG-nominated performances in The Help and Doubt, an Emmy-nominated guest performance in Scandal and a BAFTA nomination for Widows. Davis is a four-time NAACP(R) Image Award winner and 16-time nominee, beginning with her performance on the SHOWTIME series UNITED STATES OF TARA.

What do you think? Are you a fan of Viola Davis? Will you check out First Ladies?

YES! YES! YES! Viola is an excellent choice! Few others, (possibly none if looks are considered) would be able to recreate through acting all the incredible traits, wonderful personality, and subtle mannerisms of such a marvelous, amazing, and unique woman! Great idea – I’m looking forward to watching this………….Although I just swore off Showtime for the way they spontaneously jerked Ray Donovan off with no decent explanation. I wish I knew approximately when this would come out since now I’ll have to keep my ST subscription for a while. Will you let us know when the other first lady actors… Read more »

Yes I’m a fan of Violia Davis I watch her n How to get away with murder and other movies so I know she is a very good actress so I will be watching the new series on showtime God be willing I would like to know when will it come on so I can recorded it.