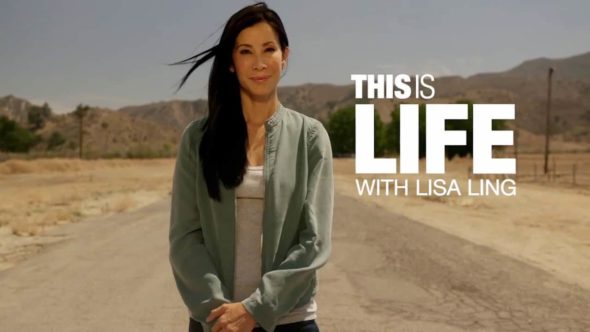 Get ready to explore more of life around with Lisa Ling starting next month. This Is Life with Lisa Ling will return for its fifth season to CNN on September 23. The season will consist of eight episodes. During the season, she will visit communities in New York and Oklahoma, among others.

CNN revealed more about the new season in a press release. Check that out below.

“The critically-acclaimed CNN Original Series, This is Life with Lisa Ling, returns for its fifth season on Sunday, Sept. 23, at 10:15 p.m. ET/PT, following the season 12 premiere of Anthony Bourdain Parts Unknown. The eight-part investigative docuseries follows award-winning journalist Lisa Ling as she travels across America immersing herself in communities that are often unknown or misunderstood.

In season five, Ling examines gender fluidity, screen addiction, the crystal meth epidemic in Oklahoma, mediums in Lily Dale, New York, fathers dealing with custody battles after divorce, children of notorious killers, and animal super-fans called “furries.” In the season premiere, she embeds with law enforcement and community members combating the deadly resurgence of one of the world’s most dangerous gangs, MS-13.

This is Life will also stream live for subscribers on Sept. 23 via CNNgo (at CNN.com/go and via CNNgo apps for Apple TV, Roku, Amazon Fire, Samsung Smart TV and Android TV) and on the CNN mobile apps for iOS and Android. This is Life will also be available the day after the broadcast premiere on demand via cable/satellite systems, CNNgo platforms and CNN mobile apps.

Are you a fan of This is Life with Lisa Ling? Will you watch season five? Tell us what you think.

Life with Lisa Ling is fantastic ! Lisa has respect for the people in the stories by letting them tell it. Lisa has even been a participant in some which demonstrates to me, a fan and a viewer that she really wants to understand by experiencing it herself even if it was a scary senario for her personally. It would be an honor to meet her ‘!

She does shows about weird and dark things many of which people don’t care about. How about doing something more positive like what it’s like to try and get a Ph.D or trying to launch a business or farm animal sanctuaries. Also does mostly dark and creepy stuff.

That’s where you’re wrong RC. She introduces us to issues we know little about and opens up whole new worlds to her viewers. Just like reading a book.

this is life is a great show, i have learned a few things from this show, not only is it entertaining g, its also a learning experience, Lisa Ling goes places that many people know nothing abut and tells you things you have never heard of,lisa Ling is the perfect person to host this show, to me, she is a younger version of Barbra Walters!