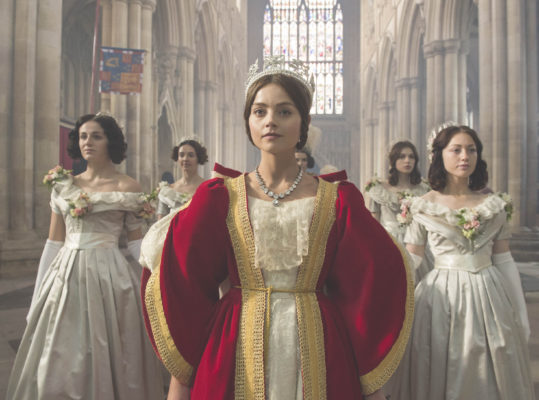 Will Victoria return for another season? TVWise reports ITV is in talks to renew the TV show for a fourth season.

Although ITV has not officially announced a season four renewal for Victoria, TVWise says the network is in talks with producer Mammoth Screen for another season of the drama series.

Earlier, star Jenna Coleman reportedly told a radio show there will be a break between seasons three and four, with the latter likely premiering in either 2020 or 2021.

What do you think? Have you seen Victoria? Would you watch a fourth season?

Waiting for season 4. Bring it on!!

Looking forward to Season 4 of Victoria! I love it.

I first watched Victoria on PBS and loved it. Now my husband and I are watching it together and enjoy it so much. We are very much hoping season 4 comes soon!

My wife and me love the show and looking for season 4.

My husband and I enjoyed watching Victoria together . We so look forward to many seasons to come.

Please give us Season 4. Thank you.

Definately. Been waiting and waiting.

Yes. I would watch a fourth season.

It would be a shame to not continue Victoria with Season 4!
Please do so.

It would be a shame not to continue Victoria with Season 4!!! Please continue the story!

I LOVE Victoria. PLEASE do Season 4!!