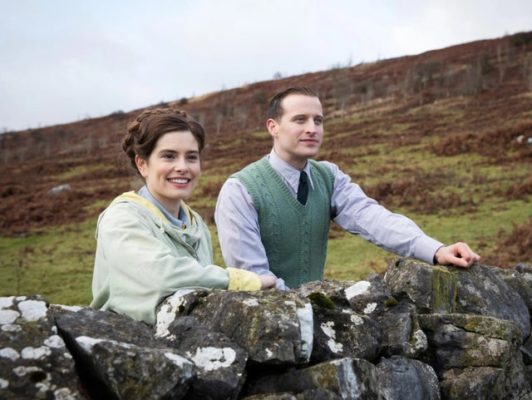 It’s all good news for All Creatures Great and Small. Deadline reports that PBS and the UK’s Channel 5 are in talks to renew the reboot TV show for a second season prior to its season one premiere.

A reboot of the classic BBC TV show, the drama series is based on the books of James Alfred Wright (who wrote under the pseudonym James Herriot) and follows the ups and downs of life as a veterinary in the rural Yorkshire Dales. The original TV show ran for seven seasons on the BBC, airing between 1978 and 1990.

The All Creatures Great and Small reboot isn’t set to debut on Channel 5 in the UK and PBS‘ Masterpiece in the United States until 2021. However, it looks like the series may soon be renewed for season two. Executive producer Colin Callender says he is in talks with the channels for more of the British reboot series:

We are in discussions with Channel 5 in England and Masterpiece. We are developing season two right now. So there’s every intention and hope that this will be a returning series and hopefully everyone will fall in love with the characters and want to run and run. Certainly that was our ambition from the outset.”

What do you think? Are you familiar with the original All Creatures Great and Small TV series? Will you watch the reboot on PBS or Channel 5?

I’m so excited for this series again. I read all the books and watched all the TV shows back in the day.