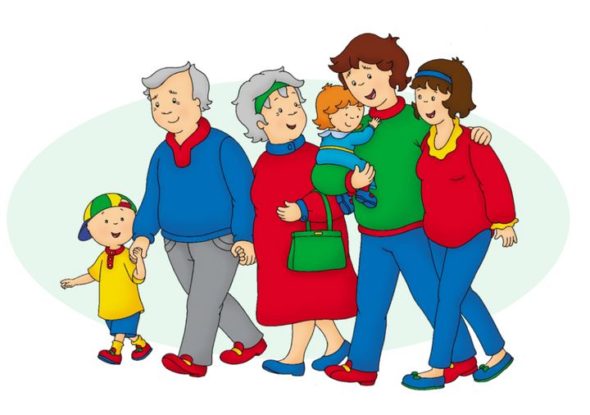 PBS Kids has said goodbye to the Caillou TV show after airing the animated pre-school series for more than 20 years. The show stopped airing on PBS Kids on December 27th. While many online are cheering that the educational series has been cancelled, they’re actually a bit late to the party.

For those without young children, the Caillou TV series revolves around the day-to-day adventures of Caillou (above, left), an inquisitive four-year-old boy with a big imagination. He lives with his parents, Doris (Jennifer Seguin) and Boris (Pat Fry), two-year-old sister Rosie (Jesse Vinet), and Gilbert (Bob Stutt), the family cat. Caillou attends pre-school under the guidance of his teacher, Miss Martin (Ellen David), and plays with classmates Clementine (Sofie Holland), Sarah (Melissa Pirrera), and best friend Leo (Graeme Jokic). Bryn McAule, Jaclyn Linetsky, and Annie Bovaird have all played the title character during the show’s run.

In the United States, PBS Kids began airing Caillou back in September 2000. The series was actually first broadcast in September 1997 in Canada. It was produced for five seasons and a total of 144 half-hour episodes before ending in October 2010.

Now, more than a decade after its actual cancellation, PBS Kids has decided to stop airing the reruns.

We're saying farewell to @cailloudhx, but remember, when we say goodbye to something… pic.twitter.com/k7gYRgy57l

At the moment, the series doesn’t seem to be available on any other channel in the United States. Amazon Prime subscribers can watch the first season for free and episodes can be purchased on Amazon and other services. The WildBrain company (which produced Caillou) offers some classic episodes on their YouTube channel, as well as newly created installments.

What do you think? Have you or someone in your home enjoyed watching the Caillou TV series? Are you sorry to hear that it’s leaving PBS Kids?

My child loved Calliou. I thought it was entertaining for my child and he asked questions he didn’t understand. It’s to bad that another learning kids show is going off the air.

I’m glad that show is gone! Caillou is so grounded for life!

Dude 1990’s show we grew up with it. It’s apart of childhood memories let it die barely remember time it aired I believe 10am or 11am.

I hope Caillou could return to PBS Kids or at least air on another channel sometime in the future.

Yay so happy never like it when baby so annoying. Need to end way long time super old classic preschool tv show watch seame street too loss it touch not same style anymore no care for it.