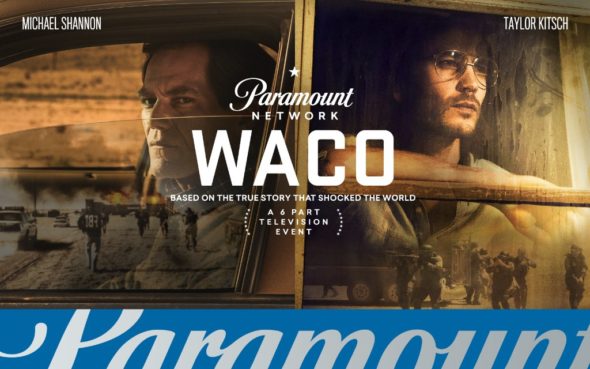 The former Spike TV officially rebranded as Paramount Network, just this month. While the cable channel is keeping some of Spike’s more popular reality series, it is also amping up its scripted offerings. The Waco TV show is a limited event series, which recounts the tragic events of 1993, involving the ATF, the FBI, and the Branch Davidians of Mount Carmel, outside Waco, Texas. As a mini-series, cancellation or renewal chances aren’t why we’re tracking the Waco ratings. Instead, we want a benchmark against which we can measure other scripted TV series on the fledgling Paramount Network.

What do you think? Do you like the Waco TV series? Is a mini-series the right format to tell this story, or would a second season renewal provide more time to flesh out all the events?

I cant express how entertaining Waco is while overseeing both sides of coin. 2 thumbs way up !!!

I look forward everyweek to the new episode !