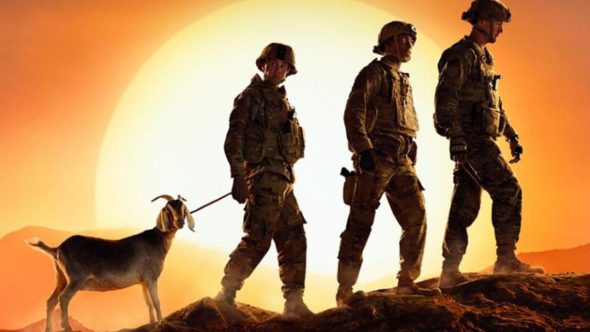 Please bring back this show for a second season!

Please bring 68 Whiskey back!! The characters are real and engaging! I was invested in the stories, laughing and crying with them. Paramount did not market the series online nor enough to watch on Cable. Most of your viewers I would easily guess are men and women who served in the military, I served from 1988-98 in the US Army. You are doing a great disservice removing the show to not only thew cast, the viewers, and the men and women serving today. There are not enough shows on the air that shows our troops and some of their daily… Read more »

68 Whiskey should be renewed. As a matter of fact it and Yellowstone should be on every
week year round

We enjoyed and looked forward to each episode. Great story lines, characters and acting! Please renew for next season!!

This is a great show and right up there with Yellowstone. I am anxiously awaiting season 2

Please give 68 Whiskey another season. Love the characters. It reminds me of Mash. It is your best show other than Yellowstone.

Great freaking show. Funny when it needs to be, serious when it should be. Some of the “mechanics” are a bit shaky, like being in Taliban country and Friendly country so quickly, but having not ever being there, maybe it IS like that. But more importantly, the stories from the primary protagonists are believable, and realistic. The actors and actresses portraying these stories “sell it,” to borrow from Sasquatch. You believe them. You feel for them. Hell, you want to MEET them. If this disappears from TV, I think everyone has lost. I will say, the first interview I saw… Read more »

I hope 68 whisky has another season, it’s a rare thing for me to find something that engages my interest and is multifaceted.