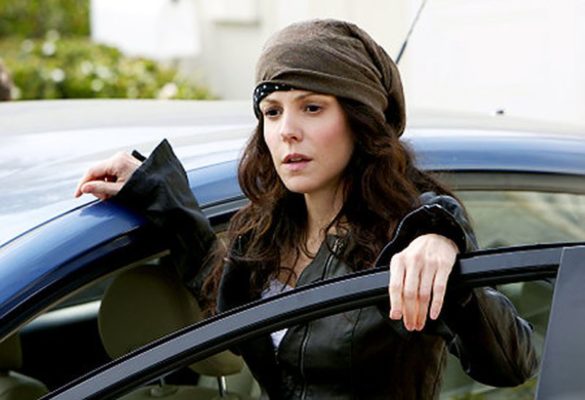 Are you a fan of Weeds? According to The Hollywood Reporter, Starz is developing a sequel to the Showtime TV show.

Weeds co-executive producer Victoria Morrow is developing a sequel series for Starz. The follow-up TV show would follow “Nancy Botwin (Parker, who is attached to star and executive produce) and her family 10 years after the original series, in an era when marijuana has been legalized in several states.”

We’re thrilled to be back in business with series star and executive producer Mary-Louise Parker on what we’re calling ‘Weeds 4.20,’ already in active development at Starz, as we prepare a comprehensive and integrated rollout for one of television’s most beloved properties.”

What do you think? Have you seen Weeds? Would you watch a sequel series?

Love to see Weeds back! Mary Louse Parker is a great actress and super sexy as well

Big fan of Weeds My husband and I are watching now for the third time. Looking forward to its return

I think Mary Louise is a great talent and frankly deserves better. But since the powers that be are too scared to green light anything truly creative or innovative I guess seeing her and Elizabeth Perkins in a sequel is better than not seeing them at all.

I THINK IT WILL B GREAT .IF SHE DID NOT WONT TO B A PART OF THE WEEDS 2 ? SHE WOULD HAVE SAID NO!!!!IM SURE HER BRAIN& MOUTH STILL WORK.I CAN WAIT TO SEE THE GANG .SHOULD B VERY INTERESTING. BLESS ALL HAPPY HOILDAY’S. ☮