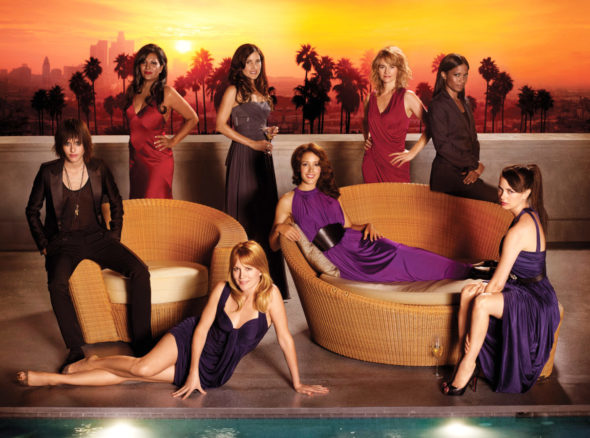 It’s still two weeks shy of Valentine’s day, but love is in the air. Showtime has ordered a sequel series to The L Word. The original series first ran on Showtime for six seasons, between January 2004 and March 2009. As previously reported, Marja-Lewis Ryan will serve as showrunner, and she will executive produce with L Word creator Ilene Chaiken and original series stars Jennifer Beals, Katherine Moennig, and Leisha Hailey.

Beals, Moennig, and Hailey will also return to their original The L Word roles in the new sequel on Showtime. The press release notes they’ll be playing opposite a new generation of LGBTQIA characters. Check it out.

Scheduled To Premiere In Late 2019

LOS ANGELES – January 31, 2019 – Celebrating the 15th anniversary of the original’s premiere, SHOWTIME has announced an eight-episode order for a sequel to its groundbreaking hit series THE L WORD, scheduled to premiere by the end of 2019. Marja-Lewis Ryan (The Four-Faced Liar, 6 Balloons) serves as showrunner and is executive producing with series creator Ilene Chaiken and original series stars Jennifer Beals, Katherine Moennig and Leisha Hailey. The announcement was made today by Gary Levine, President of Entertainment, Showtime Networks Inc., at the Television Critics Association’s Winter Press Tour.

“Marja has brought her unique and contemporary vision to THE L WORD and blended it beautifully into the fabric of Ilene’s groundbreaking series,” said Levine. “This revered show was both entertaining and impactful when it originally ran on SHOWTIME, and we are confident that our new version will do that and more in 2019.”

THE L WORD originally ran on SHOWTIME from 2004-2009. In this revival, Beals, Moennig and Hailey will star on the series as their original characters alongside a new generation of self-possessed LGBTQIA characters experiencing love, heartbreak, sex, setbacks and success in L.A.

What do you think? Were you a fan of the original L Word TV show? Do you plan to check out the sequel series on Showtime?