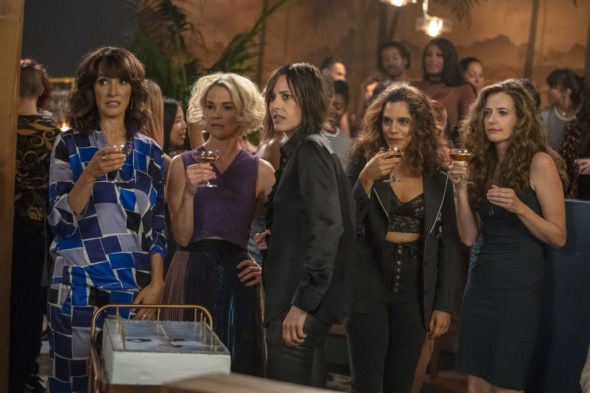 The ladies will be back. Showtime has renewed The L Word: Generation Q for a second season. The first season, comprised of eight episodes, will air on Sunday, January 26th.

“THE L WORD: GENERATION Q took our original series that was revered and reinvigorated it for a new generation and a new era,” said Gary Levine, President of Entertainment, Showtime Networks Inc. “The result has been a show that appeals to all generations for its relevance, its fearlessness, its emotion and its fun. I can’t wait to see what Marja, along with Ilene and this talented ensemble, will deliver for season two.”

THE L WORD: GENERATION Q season one follows Bette (Beals) weaving her way through a contentious mayoral run while co-parenting her and Tina’s teenage daughter; Shane (Moennig) returning to L.A. and embarking on her new career as owner of a lesbian bar while trying to save her marriage; and Alice (Hailey) stepping into the spotlight as host of her own queer-focused talk show. Meanwhile, PR pro Dani (Mandi) is running communications for Bette’s campaign while balancing her relationship with fiancée Sophie (Zayas), a producer for Alice’s show. Production assistant Finley (Toboni) and professor Micah (Sheng) are finding their footing in the L.A. dating scene, while Gigi (Moafi) navigates family dynamics with her ex, Nat (guest star Stephanie Allynne), who is Alice’s current girlfriend. Season one guest stars include Megan Rapinoe, Brian Michael Smith, Olivia Thirlby, Fortune Feimster and Latarsha Rose.

Who is ready for more @SHO_TheLWord? Generation Q will officially return for Season 2! #TCA20 pic.twitter.com/t850N5a85A

What do you think? Have you been watching The L Word: Generation Q TV show on Showtime? Do you plan to watch season two?

Love it, live for it but am getting impatient for the finale & season 2

I live it, can’t wait for season 2

When will season 2 be released ?