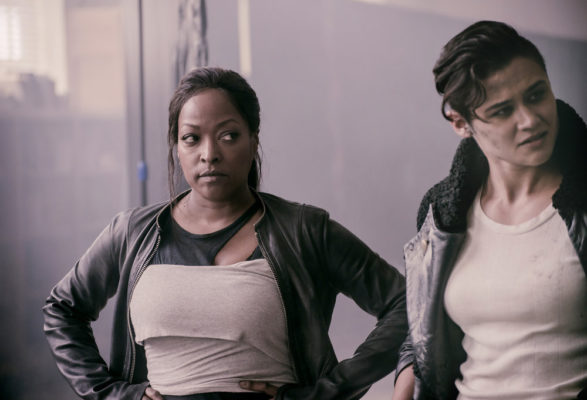 Are Lieutenant Warren and the heroes still at the top of their game during the fifth season of the Z Nation TV show on Syfy? As we all know, the Nielsen ratings typically play a big role in determining whether a TV show like Z Nation is cancelled or renewed for season six. Unfortunately, most of us do not live in Nielsen households. Because many viewers feel frustrated that their viewing habits and opinions aren’t considered, we’d like to offer you the chance to rate all of the Z Nation season five episodes for us here.

What do you think? Which season four episodes of the Z Nation TV series do you rate as wonderful, terrible, or somewhere between? Should Syfy cancel or renew Z Nation for a sixth season? Don’t forget to vote, and share your thoughts, below.

Pleeeeeease bring Z nation back, we miss Warren, Doc, Murphy and all the other heros!! Brilliant series, bad decision to cancel series 6. The cast is brilliant and so is the producer! Each episode made people dream and live a wonderful adventure!

Bring Warren back from the drone, she needs to live to find a final vaccine for all!!

I really love Z Nation. So this show needs to continue. You can ens it like this. It must keep going to the next chapter. That wouldn’t look right if its ended that way.

I love Z Nation. We will misses Doc and Murphy. I always watching because I want to know what is the next happening to the people around in apocalypse.

Yes please. Z Nation is very cool and really nice. I love this show is not kind of boring they meet lot of people around the apocalypse nation

One of THE BEST SHOWS ON TV – including network TV – today! It is basically a send up of The Walkng Dead, and I am a HUGE fan of The Walking Dead. It is funny, weird, excellent, loving, and the best ensemble cast on TV today. Z-Nation WILL be a cult hit as people find it in the years to come, forever! SyFy has a rare gem and it appears they know it as they are smart enough to keep renewing it. It NEVER takes itself serious and the numerous references to current pop culture are brilliant. Yes, there… Read more »