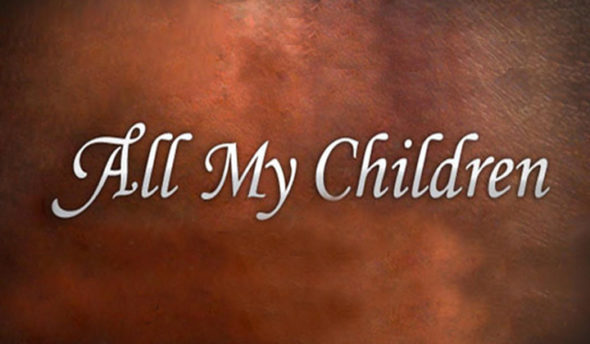 Fans of the daytime soap All My Children may soon be able to return to Pine Valley. A primetime sequel series, titled Pine Valley, is now being developed at ABC. Kelly Ripa and Mark Consuelo are behind the potential revival series, alongside Andrew Stearn and Robert Nixon.

“In the All My Children followup, written/executive produced by Leo Richardson (Katy Keene, Star), a young journalist with a secret agenda comes to expose the dark and murderous history of a town named Pine Valley only to become entangled in a feud between the Kane and Santos families. The seres explores all the secrets that come with the Kane and Santos family names.”

All My Children was cancelled by ABC in 2011 after a run of 41 years. It was revived online by Prospect Park in 2013 but ended that same year. ABC regained rights to the series in 2016.

It was reported that some characters from the soap would pop up on the primetime sequel series, alongside new characters.

What do you think? Did you watch the original All My Children? Will you watch Pine Valley if it lands on ABC?

Yes, looking forward to watching. Went to a few in New York. My husband even came with me to the bowling event and enjoyed it. We got to bowl with Chrishel. Now we’re seniors but still love my soaps and miss the abc soaps that I watched as a younger me. Lol

Yes, I will definitely watch “Pine Valley”. I’ve been a fan of AMC since the first episode in 1970. But please bring back my favorite character, Dr. Haywood.

Yes! I would love to watch “Pine Valley”.
I was also a fan of “All My Children”.

Yes, I would definitely watch. I was a fan of the soap All My Children.

Yes, I would watch it. I love Kelly and Mark. Would be interesting to see how the show would be like.

Yes, I would love to see it.

Won’t watch , I use to many years ago , but sometimes you need to let things go . Can not bring back anything close to the original show !

Can’t wait! Kelly and her husband, having been on the show, know what to do ! BRAVO!

Started watching at the beginning, was sophomore in high school! I was beyond sad when the show ended ! You bet I’ll watch !!!

That is when I started watching, even got my Mom to start watching and
report back when summer was over. Her and my Dad became daily watchers.

Watched it from day one until it went off..of coarse I will watch it..

I loved “All My Children”–certainly looking forward to “Pine Valley”. Good News!

I started watching All My Children when it began – w were in college and would schedule classes around the airing time! It would be great to see the follow-up and even better if Erica Kane et al could be seen! Thanks for keeping us updated and letting us know when it will begin!

I was thinking the same thing! It has to be Susan Luchie.