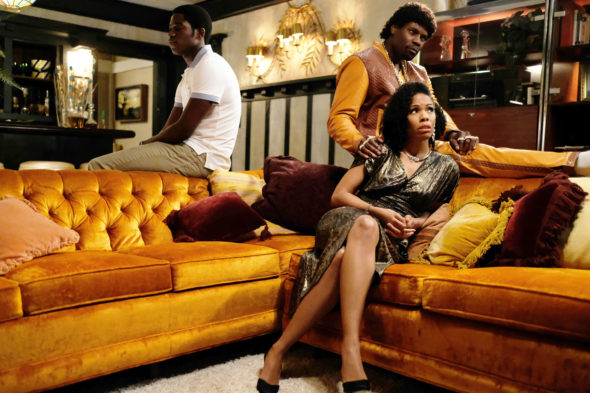 The third season of Snowfall averaged a 0.36 rating in the 18-49 demographic and 880,000 viewers. Compared to season two, that’s down by 5% and 1%, respectively. Find out how Snowfall stacks up against the other FX TV shows.

Will FX cancel or renew Snowfall for season four? The ratings are still good for an FX series so I suspect that it will be renewed. I’ll keep an eye on the Nielsens and update this page with breaking developments. Subscribe for free Snowfall cancellation or renewal alerts.

8/6/19 update: FX has renewed the Snowfall TV show for a fourth season.

What do you think? Are you glad that the Snowfall TV show has been renewed for season four? How would you feel if FX had cancelled this TV series, instead?

It’s a great series, with good acting. Keep it going..Plzzzzzzzzzzzzzzz

I am an avid fan of Snowfall. It is gripping, in your face drama that has an important social message for all. Damson Idris IS Franklin Saint. The rest of the cast is, likewise awesome in their roles, and play them with an intensity I have not seen in many series or movies. I am elated that there will be a fourth season.