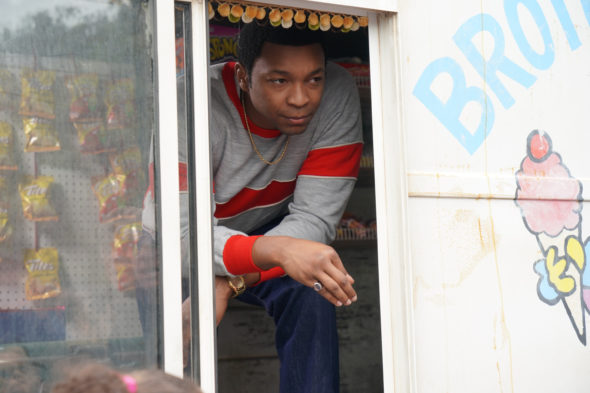 What’s the buzz about the second season of the Snowfall TV show on FX? As we all know, the Nielsen ratings typically play a big role in determining whether a TV show like Snowfall is cancelled or renewed for season three. Unfortunately, most of us do not live in Nielsen households. Because many viewers feel frustration when their viewing habits and opinions aren’t considered, we’d like to offer you the chance to rate all of the Snowfall season two episodes here.

What do you think? Which season two episodes of the Snowfall TV series do you rate as wonderful, terrible, or somewhere between? Should FX cancel or renew Snowfall for a third season? Don’t forget to vote, and share your thoughts, below.

You just gotta renew Snowfall for a new season….this is some very realistic programming with a great message.

Man snowfall definitely needs a season 3. Best tv show ever. I hope yall continue it will be sad if you dont.

Waiting for next season already loving this show!

I’ve been looking for something like this since Breaking Bad. Keep it going!!!

I love this show. I sure hope there’s a season 3!

Shout out to Dave Andron; he is the Snowfall show runner and a major reason for the show’s success.

John Singleton is a Master, he keep getting better. This show proves it, I Like this show a lot and the cast is on point.

I hope there will be a Season 3 I just hope it doesn’t take a year to come back like Season 2 did. I watched Season 1 three more times waiting for Season 2 to come back.