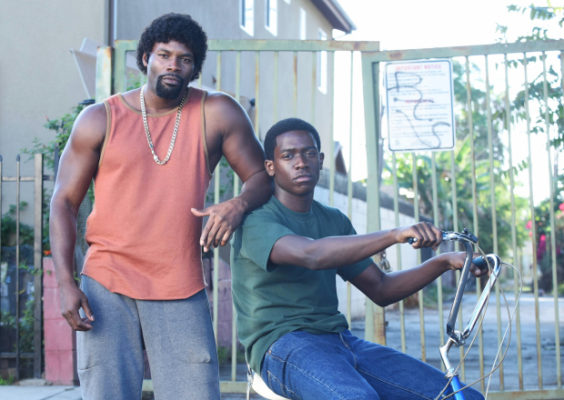 Snowfall is coming back! Today, FX announced they’ve renewed the TV show for a third season.

The third season of Snowfall is slated to debut on FX in 2019. The series’ season two finale debuts tomorrow, September 20th, at 10 p.m. ET/PT.

LOS ANGELES, September 19, 2018 – FX has ordered a third season of Snowfall, the drama series created by John Singleton, Eric Amadio and Dave Andron, it was announced today by Eric Schrier and Nick Grad, Presidents of Original Programming for FX Networks and FX Productions. The third season will premiere on FX in 2019.

“It has been great to see Snowfall’s audience and critical acclaim grow in its second season,” said Schrier. “The creative team has done a fantastic job and we have high hopes for season three.”

Season two of Snowfall concludes tomorrow night, Thursday, September 20 at 10 p.m. ET/PT on FX with the tenth and final episode of the second season: “Education.” Franklin faces the consequences of his actions. Teddy pulls out all the stops to assist his partners. Lucia must sacrifice to save Gustavo’s life. Written by Dave Andron; Directed by John Singleton.

In season two, Snowfall continues its riveting story about the infancy of the crack cocaine epidemic and its ultimate radical impact on the culture as we know it. Season two follows our ensemble of characters as they intersect and overlap within the mosaic of Los Angeles as we enter 1984, all of them working toward their ultimate goals of money, power and influence, including: Franklin Saint (Damson Idris), a young street entrepreneur beginning to experience the perils of success; Teddy McDonald (Carter Hudson), a CIA operative who finds that his off-book drug-funded operation may be vulnerable from unexpected sources, both personal and professional; and Gustavo “El Oso” Zapata (Sergio Peris-Mencheta) and Lucia Villanueva (Emily Rios), the drug running couple who discover the potency of crack and try to exploit it despite the new dangers involved.

The current second season of Snowfall has garnered strong reaction from critics, including the following:

“Compelling… .The FX drama about the crack epidemic – which has added the crime writer Walter Mosley to its creative team – finds its groove… . the infinitely improved second season” · The Atlantic, Sophie Gilbert (7/23/18)

“Snowfall gets dark but the producers use its tension to grip the audience as opposed to oppressing us… .As this new season begins, the trip is fascinating” · Salon, Melanie McFarland (7/15/18)

“As riveting as it is eye-opening… . Startling performances from its ensemble of relative newcomers also bring us into a world that until now has been left off narrative television – and they keep a hold on us there” · Rotten Tomatoes, Benjamin Lindsay (6/29/18)”

What do you think? Have you seen Snowfall? Will you watch season three?

Its been a long wait. I wasn’t sure if it was going to continue. I lived my teen age years in one of Chicagos many ghettos thru the 80s with this epidemic of crack in the streets, along with the violent street life that surrounds it. These types of shows capture my interest at a high level. Along with other shows like The Wire, The Sheild, The Chi, just to name a few. Glad it is coming back, I was afraid there wasnt going to be a large enough audience to survive a 3rd season. GREAT NEWS

Oh good!!! It’s really exciting to know that this show is coming back for season three, can not wait to see it!!! The actors and actresses so far have done a phenomenal job in each and every episode! Can’t wait to see what happens next to the characters. And my prayers go to director John Singleton for a healing and fast recovery!

I wasn’t sure it was coming back, I think the last shows I saw his partner was giving the recipe, when does the new season start?

So glad Snowfall has been renewed for season 3! One of the best shows on cable tv. Not only entertaining, but an accurate depiction of the way things were then with the drug trade. Snowfall should go for the long run!!!

Heeeellllll yeah. We been waiting for this to come back on. Please don’t cancel it like this. If yall don’t want it to go pass season 3. Make finale. But a lot of people really like the show a lot. Bring it back. I have suggestions I am a amateur writer but have street savvy and first hand street knowledge that can keep the showpopping. I called a few outcomes but your writers put some nice twist to the show. But I have some great ideas. I can really help.

OMG. THIS IS THE BEST SERIES EVER! THE FIRST TIME I SAW IT I AND ALL OF MY FRIENDS WERE IN AWE! Mr SINGLETON IS BRILLIANT AS ALWAYS! I HAVE MORE FIRST TIMERS WAITING IN THE WINGS.(I TALK ABOUT THIS SHOW FOREVER. THERE SHOULD BE 10 OR MORE SEASONS! I LOVE YOU ALL!