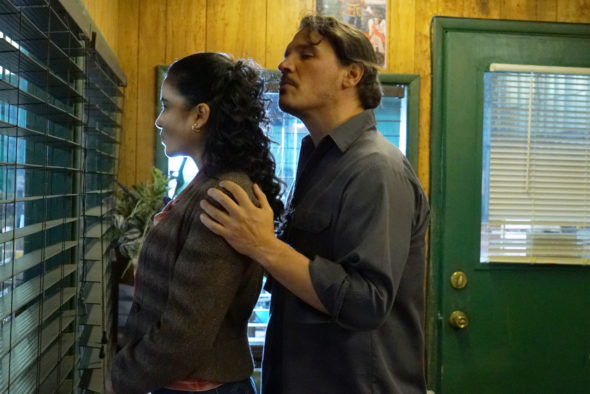 Is FX still weathering the storm? Has the Snowfall TV show been cancelled or renewed for a third season on FX? The television vulture is watching all the latest cancellation and renewal news, so this page is the place to track the status of Snowfall season three. Bookmark it, or subscribe for the latest updates. Remember, the television vulture is watching your shows. Are you?

The second season of Snowfall averaged a 0.38 rating in the 18-49 demographic and 891,000 viewers. Compared to season one, that’s down by 10% in the demo and down by 8% in viewership. Find out how Snowfall stacks up against the other FX TV shows.

Will FX cancel or renew Snowfall for season three? It remains one of the channel’s top-rated shows so, I’m sure it will be renewed. For now, I’ll keep an eye on the Nielsens and update this page with breaking developments. Subscribe for free Snowfall cancellation or renewal alerts.

What do you think? Are you glad that the Snowfall TV show has been renewed for season three? How would you feel if FX had cancelled this TV series, instead?

good show gives a little history of something that people don’t know that should know def. hand up for season 3

I cannot wait until season 3… Most underrated show on FX please continue to cover the show in its most rarest form.

This show is so real, I’d seriously she’d tears if it went away.