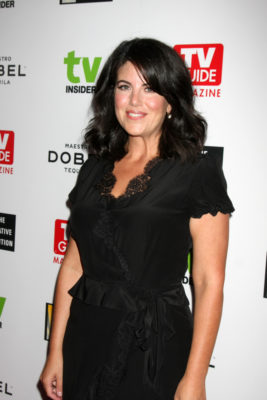 As previously reported, season four of the anthology drama was going to explore the Bill Clinton/Monica Lewinsky sex scandal of the late ’90s.

However, now Murphy says those plans have been cancelled since speaking with Lewinsky herself:

I told her, ‘Nobody should tell your story but you, and it’s kind of gross if they do. If you want to produce it with me, I would love that; but you should be the producer and you should make all the goddamn money.'”

Season three of American Crime Story will center on Hurricane Katrina. FX has yet to announce a premiere date for the upcoming season.

What do you think? Are you a fan of American Crime Story? What historical event do you think would make a good season?

I just found Baked in Vermont, and am loving it. Her humor is refreshing, and I have already learned something new despite having cooked for a lifetime. I hope this show stays with us for a long time to come.

I’m a liberal and a fan of the series yet find this hypocritical. Will he share the money he made from retelling OJ, Versace, Bette Davis or any of his past subjects with them? What so special about this story?

No Name
Reply to  T G

I’m sure someone will find the story special and therefore pay for it. It’s all about value: One’s man trash is another man’s treasure.

So, the one that calls Democrats to the carpet, they scrap. The one that bashes Republicans, they do. Yep…you know you are in Hollywood when….

Absolute CRAP! Go after the LIBERALS? Good luck. Somebody came up with the Lewinsky idea, and they were told that they would be fired and blackballed out of Hollywood if they did it. Simple.

One thing I agree with you own. One-sided Hollywood… the other reason I can’t stand TV/movies much anymore.