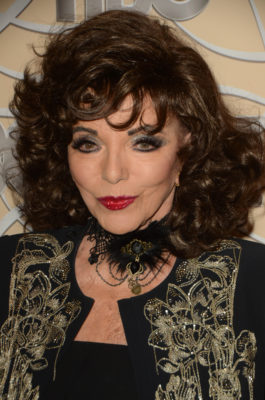 Joan Collins is coming to American Horror Story. According to The Hollywood Reporter, the Dynasty star has joined season eight of the FX TV show.

Few details about the new season of American Horror Story have been released, but co-creator Ryan Murphy has revealed season eight will take place in the near future. So far, the cast includes Sarah Paulson, Kathy Bates, and Evan Peters.

What do you think? Are you a fan of American Horror Story? Are you excited for the new season?

I love this show so happy it wasn’t cancelled

this great news!!! I love Joan Collins and she elevated any series she is in.