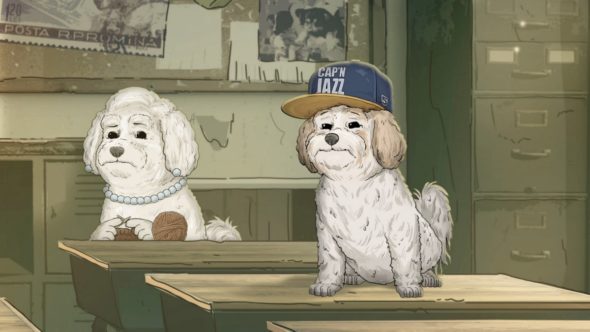 Do the animals fare any better without people around, during the third season of the Animals TV show on HBO? As we all know, the Nielsen ratings typically play a big role in determining whether a TV show like Animals is cancelled or renewed for season four. Unfortunately, most of us do not live in Nielsen households. Because many viewers feel frustration when their viewing habits and opinions aren’t considered, we’d like to offer you the chance to rate all of the Animals season three episodes here.

An HBO animated adult comedy, Animals features the critters that live in (and off of) the Big Apple. The voice cast includes Phil Matarese, Mike Luciano, who voice several characters. The third season unfolds in a human-less, post-apocalyptic New York City and blends live-action with animated segments.

What do you think? Which season three episodes of the Animals TV series do you rate as wonderful, terrible, or somewhere between? Should HBO cancel or renew Animals for a fourth season? Don’t forget to vote, and share your thoughts, below.

10/17/18 update: HBO has cancelled the Animals series so there won’t be a fourth season. Details here.