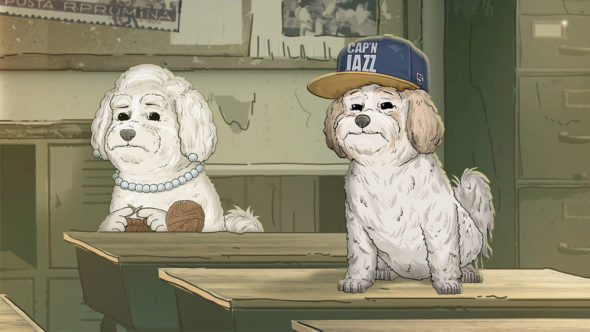 Despite an impressive cast, Animals never boasted high ratings. The HBO series’ third season earned an average rating of .05 in the 18-49 demo and only 185,000 viewers.

What do you think? Have you seen Animals? Would you have watched a fourth season?

Great series, a fresh animated offering. We have enough dramatic/love story/crime choices -can’t we have another choice?

I love this show, but it deserved this.
Season 3 up until the finale was the show writhing in pain.
Lost all it had going for it halfway through Season 2.

Too bad. The animated series they REALLY need to cancel is The Simpsons. It’s been on 30 years already. Just. Let. It. Die

It deserves to be cancelled. I enjoyed it when it was about the animals. Then they brought in all the Live Action stuff and focused on the Humans and it went downhill fast. If they kept it all animated it would have been so much better of a show.