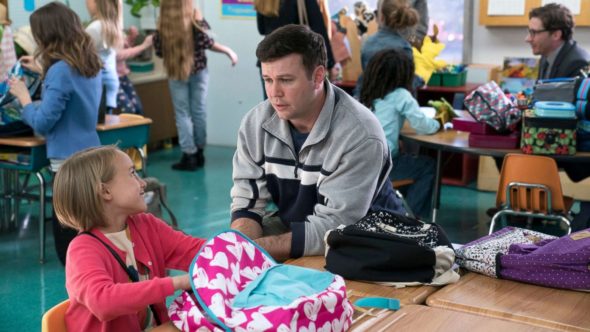 Are you watching Single Parents? ABC just announced they’ve given a full season order to the new TV show.

Single Parents debuted in late September and so far the ABC series is performing decently in the ratings, earning an average of 1.14 in the 18-49 demo and 4.257 million viewers.

In the Live + 3 Day ratings, ABC’s “Single Parents” is the No. 2 new comedy of the season in Adults 18-49, behind only ABC’s “The Conners,” and ranks No. 2 in its highly competitive Wednesday, 9:30 p.m. half-hour. On average through its first three episodes, the ABC freshman comedy is drawing an audience of 5.6 million viewers and is delivering a 1.6/7 in Adults 18-49.

What do you think? Have you seen Single Parents? Will you continue watching?