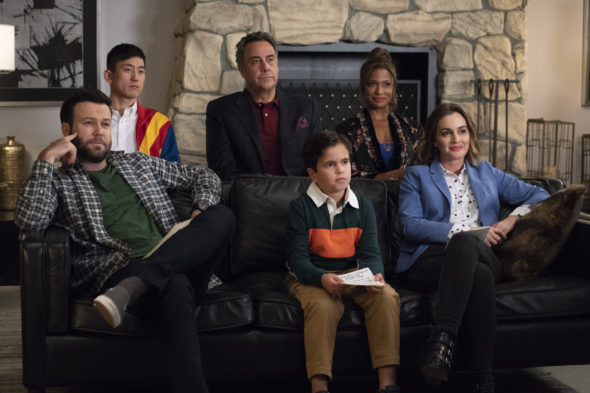 ABC wants to stay hitched with Single Parents. The alphabet network has renewed the freshman sitcom and season two will air as part of the 2019-20 television season.

An ensemble comedy, Single Parents stars Taran Killam, Leighton Meester, Kimrie Lewis, Jake Choi, Marlow Barkley, Tyler Wladis, Devin Trey Campbell, Mia Allan, Ella Allan, and Brad Garrett. The sitcom centers on Will Cooper (Killam), a single father in his 30s, who is sorely in need of a life apart from raising his daughter, Sophie (Barkley). When the other parents realize how far out of touch he is with his own identity, they team up to help him come into his own.

Airing on Wednesday nights, the first season of Single Parents is averaging a 0.88 rating in the 18-49 demographic and 3.40 million viewers.

Out of the 21 scripted ABC TV shows of the 2018-19 season, Single Parents is in 10th place in the demo and 14th place in overall viewership.

What do you think? Do you enjoy the Single Parents TV show? Will you be watching season two of this ABC comedy series?

Laugh my butt off so funny and relateable

I love this show so much! Very well written. I hope the series lasts many years.

Love the show!! Thank you for renewing.