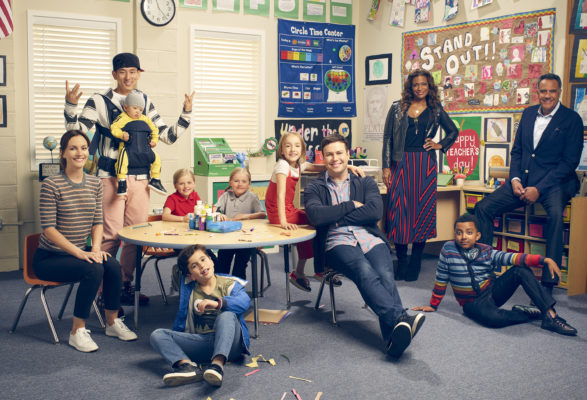 Has Will Cooper gotten a life? Is the Single Parents TV show cancelled or renewed for a second season on ABC? The television vulture is watching all the latest cancellation and renewal news, so this page is the place to track the status of Single Parents, season two. Bookmark it, or subscribe for the latest updates. Remember, the television vulture is watching your shows. Are you?

An ABC ensemble comedy, Single Parents stars Taran Killam, Leighton Meester, Kimrie Lewis, Jake Choi, Marlow Barkley, Tyler Wladis, Devin Trey Campbell, Mia Allan, Ella Allan, and Brad Garrett. The sitcom centers on Will Cooper (Killam), a single father in his 30s, who is sorely in need of a life apart from raising his daughter, Sophie (Barkley). When the other parents realize how far out of touch he is with his own identity, they team up to help him come into his own.

The first season of Single Parents is averaging a 0.88 rating in the 18-49 demographic and 3.40 million viewers. Find out how Single Parents stacks up against other ABC TV shows.

Will ABC cancel or renew Single Parents for season two? The ratings slide is not good so I’m thinking it’s likely to be cancelled. Still, the series seems to have a good amount of viewers who really love it. Could that tip the scales in favor of a renewal? I’ll update this page with breaking developments. Subscribe for free alerts on Single Parents cancellation or renewal news.

5/10/19 update: ABC has renewed Single Parents for a second season.

What do you think? Do you hope the Single Parents TV show will be renewed for season two? How would you feel if ABC cancelled this TV series, instead?

LOVE this show. I laugh through the whole show. Please don’t cancel.

It’s a feel-good show and I will admit it’s not the greatest, but I would really like to see another season.

This show has so much potential! I’m a Will/Angie supporter, and I want to see it happen! Season 2 please!

My family & I absolutely LOVE this show!! We are keeping our fingers crossed that it gets renewed.