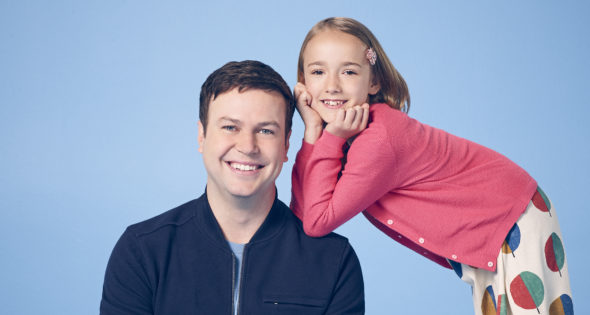 Are the kids more mature than the parents on the second season of ABCs Single Parents TV show? As we all know, the Nielsen ratings typically play a big role in determining whether a TV show like Single Parents is cancelled or renewed for season three. Unfortunately, most of us do not live in Nielsen households. Because many viewers feel frustration when their viewing habits and opinions aren’t considered, we invite you to rate all of the second season episodes of Single Parents for us here. *Status update below.

An ABC ensemble comedy series, Single Parents stars Taran Killam, Leighton Meester, Kimrie Lewis, Jake Choi, Marlow Barkley, Tyler Wladis, Devin Trey Campbell, Mia Allan, Ella Allan, and Brad Garrett. The show revolves around a group of single parents of seven-year-old kids. They lean on each other as they try to be good parents and maintain some sort of personal life at the same time. Will Cooper (Killam) has been so focused on raising his daughter that he’s lost sight of who he is as a man. He is helped by fellow single parents Angie D’Amato (Meester), Poppy Banks (Lewis), Miggy Park (Choi), and Douglas Fogerty (Garrett).

What do you think? Which season two episodes of the Single Parents TV series do you rate as wonderful, terrible, or somewhere between? Should ABC cancel or renew Single Parents for a third season? Don’t forget to vote, and share your thoughts, below.

*5/21/20 update: Single Parents has been cancelled by ABC so there won’t be a third season.

Bring the show single parents back!!!!

We hope Single Parents returns for a third season, fourth season and many more seasons. Good show, look forward to watching it every week. I’m sad that the season ended today.

Please do not cancel Single Parents. I watch every week.

Please please please do not cancel this show. It is one of my favorite shows and gives me complete life every week!

I love this show! The jokes are hilarious and the actors all have chemistry. Best show on now. Keep it on please!

Can’t stomach this stupid show!! Cancel this stupid show where the kids are way out of their supposed age range and the parents act as tho they haven’t got a clue??? Put The Kids Are Alright back on! Never missed a show, I turn the channel before this mindless crap single parents comes on. Used to love ABC but not as much now, they don’t care what the loyal viewers want to see!! Case in point, the effen Bachelor/ Bachelorette shows are still on and I know from many sites those shows are hated!

Please don’t cancel Single Parents. We love it and we want It to come back for a third season and a fourth season and many more.

Just can’t get enough of this show. Love the group dynamics. The kids are all interesting. The parents are funny. They all work so well together!