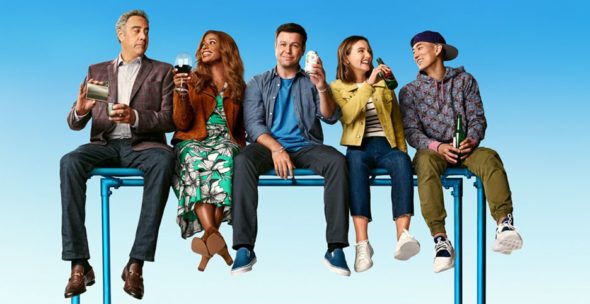 Last season, Single Parents was renewed while The Kids Are Alright, another newbie ABC sitcom with similar ratings, was cancelled. The ABC execs are surely hoping that Single Parents’ rating will improve this time around but, will they? Will ABC’s gamble pay off? Will Single Parents be cancelled or renewed for season three? Stay tuned. *Status update below.

An ensemble comedy series, Single Parents stars Taran Killam, Leighton Meester, Kimrie Lewis, Jake Choi, Marlow Barkley, Tyler Wladis, Devin Trey Campbell, Mia Allan, Ella Allan, and Brad Garrett. The show revolves around a group of single parents of seven-year-old kids. They lean on each other as they try to be good parents and maintain some sort of personal life at the same time. Will Cooper (Killam) has been so focused on raising his daughter that he’s lost sight of who he is as a man. He is helped by fellow single parents Angie D’Amato (Meester), Poppy Banks (Lewis), Miggy Park (Choi), and Douglas Fogerty (Garrett).

For comparisons: The first season of Single Parents on ABC averaged a 0.88 rating in the 18-49 demographic and 3.40 million viewers.

What do you think? Do you like the Single Parents TV series on ABC? Should it be cancelled or renewed for a third season?

*5/21/20 update: Single Parents has been cancelled by ABC so there won’t be a third season.

Please renewed another season so funny love brad Garrett comedian from everyone loves Raymond and SNL Taram Killam too good together.

This show will be canceled after the season. The ratings are Bad they continue for a third season. It seems the norm these days is run a series for two years and then put it on there and delete networks for reruns. And this is where this was headed.