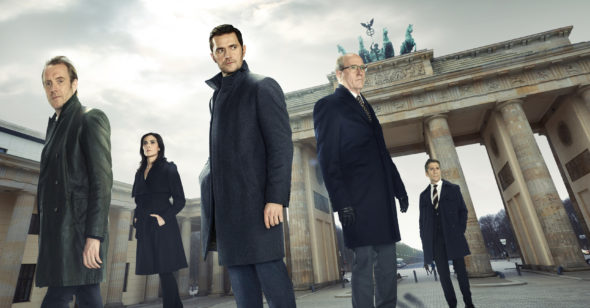 Are you a fan of Berlin Station? EPIX just announced the TV show’s third season will debut in December.

· Season three takes place over the course of 11 days in Eastern and Central Europe as Chief of Station Valerie Edwards (played by Michelle Forbes) guides her team through the high-stakes relationship between Russia, the United States and its vulnerable NATO allies. Is the Kremlin involved in any foul play that could upend a thinly-held World Order?

· Berlin Station was created and is executive produced by Olen Steinhauer (author: The Tourist, All The Old Knives, The Cairo Affair). Academy Award(R) winner Eric Roth (Forrest Gump, The Curious Case of Benjamin Button, House of Cards), along with Steve Golin, Kerry Kohansky-Roberts, Keith Redmon and Luke Rivett from Anonymous Content (The Detective, The Knick, Mr. Robot) also executive produce. The series is produced by Paramount Television and Anonymous Content. The series showrunner is Jason Horwitch (Rubicon, House of Cards).”

What do you think? Have you seen Berlin Station? Will you watch the new season?

Great show, a favorite of a ‘non-TV’ person

This is the best show on television. Strong women characters, a thrilling plot. Please, EPIX, there is much story yet to tell. RENEW!!