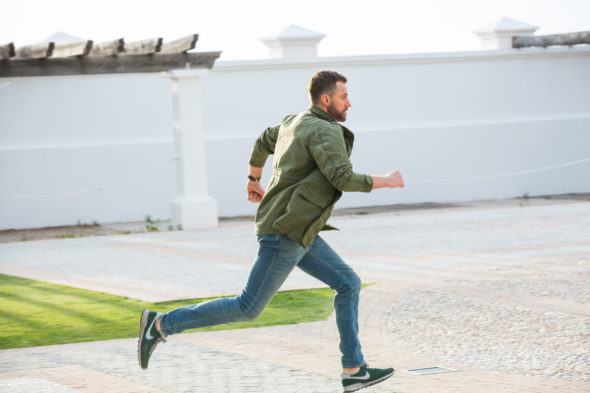 WARNING: Berlin Station Season Two Finale Spoilers. Last night, the Berlin Station TV show’s season two finale ran on EPIX. The cable network has not yet announced whether Berlin Station is cancelled or renewed for season three. Now, executive producer Brad Winters is discussing what measure of closure was provided in the second season and where the spy drama could go in a potential third season.

The Berlin Station TV series cast includes Richard Armitage, Rhys Ifans, Leland Orser, Michelle Forbes, Richard Jenkins, Mina Tander, Ashley Judd, and Keke Palmer. The EPIX drama follows Daniel Miller (Armitage). As part of an investigation into a whistleblower, Miller heads off to the CIA’s Berlin station on a secret mission to discover the source of the Thomas Shaw leaks. There, he uncovers that they lead all the way back to Washington D.C.

Berlin Station: Could There Be a Third Season on EPIX?

DEADLINE: […What] are the prospects looking like for a Season 3?

WINTERS: Obviously there’s been the new management with MGM and then Michael Wright taking over at Epix so I know it’s a time of great transition. Joslyn Diaz and Epix at large have been great supporters of this show, real advocates, real supporters as have Paramount. Fortunately, we’ve had a lot of true support from the studio and network but we’ll see. One has fingers crossed.

DEADLINE: More than crossed, have those fingers of yours been outlining some scripts for next season?

WINTERS: Well, fortunately, I think it’s a show that just lends itself to continuous story both in the global sense and in the character sense. I think the ensemble nature of the show undergirds it with such potential in terms of character-based storytelling. Looking at the world at the moment there’s just no shortage of arenas to dive into.

Could the Berlin Station Season Two Finale Serve as a TV Series Finale?

DEADLINE: […What] do you want to leave viewers of Berlin Station Season 2 with?

WINTERS: I wanted to leave them with a sense of a satisfying end to an extremely complicated narrative landscape. Also, whereas our characters started with a certain set of assumptions at the beginning of the season only to see many of those assumptions turned inside out, I would hope that the viewer feels a similar sense of surprise. As well as [a] degree of both closure and open-endedness that this is a show that the viewer wants to go on.

I think the trick here was to bring this Season 2 storyline to a satisfying close but at the same time open up doors going forward. To do those both at once is certainly a great challenge in any show and all the more so with so many characters in play. So, I think a sense of just feeling satisfied is what I want to end with. That word keeps coming to mind: really satisfied — hungry for more, curious to see where this world might go next.

What do you think? Have you been watching the Berlin Station TV show? What did you think of the season two finale? Should Berlin Station be cancelled or renewed for season three on EPIX?

Season 2 finale spoiler alert: I think the ending scene will set up a season 3 storyline. Without giving too much away, think where he’s going at the end (look at ship registry) and compare to the last place Haynes said the other character is.

Jeff – great catch! I went back and looked.

PLEASE don’t cancel this show. I am so addicted to it. I love the characters, the plot lines and Please don’t let Hector stay away from a Season 3. He is a complex and riveting character and the combination of Hector, Robert, everyone makes for remarkable smart and savvy entertainment. There should be more like this.

I definitely want more. One of the smartest shows on television. Please don’t make me have to find something else since I escaped the “NCIS” formulaic loony bin day room program!