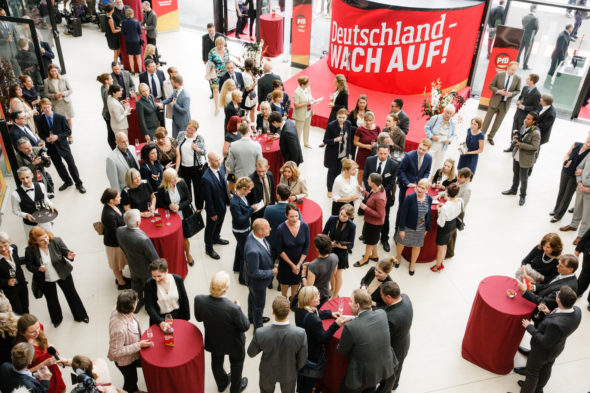 TV show description:
A spy drama from creator Olen Steinhauer, the Berlin Station TV show centers on Daniel Miller (Armitage). As part of an investigation into a whistleblower, Miller goes to the CIA’s Berlin station on a secret mission to discover the source of the Thomas Shaw leaks.

Once an analyst working in Panama, Daniel must acclimate himself to life as a field officer. Luckily, his old friend, the weary but charismatic Hector DeJean (Ifans), is on hand to shepherd him through all the deception, peril, and compromises involved in agent-running. As Miller delves into the case, he finds a conspiracy that leads back to Washington D.C.

Deputy Chief Robert Kirsch (Orser) also works out of Berlin. He uses everything from doggedness and determination to cold calculation and brute force to uncover any intelligence available in the German capital.

Meanwhile, there’s Cold War vet Steven Frost (Jenkins), who is the CIA’s Berlin Chief of Station. Although he is married to Kelly (Gooddall), he is also having an affair with his subordinate, Sandra Abe (Tomita).

While serving as an agent at the Langley HQ, April Lewis (Palmer) impressed the brass. Now, she’s been dispatched to Berlin Station on her first field assignment as a case officer. She’s not only the newest member of the team, she is also the youngest. Despite her youth and inexperience, she means to stand out here, as much as she did back home.

Eventually, BB Yates (Judd) replaces Frost as Chief of Station. She is on hand to work her magic and set things right in Berlin. While she is deeply loyal, Yates has her own way of doing things. Will any of these professionals remain unchanged after posting to Berlin? Stay tuned.

Series Finale:
Episode #29 — Book of the Fallen
Mere hours remain before enemy forces topple the Estonian government and reclaim the country for Russia; without Langley’s backing, Berlin Station acts alone in one final desperate push to prevent the fall of a nation.
First aired: February 17, 2019.

What do you think? Do you like the Berlin Station TV series? Should this EPIX TV show have been cancelled or renewed for a fourth season?

I was late to the series, but it was fantastic. Bring it back!

Please renew, Berlin Station. It was a winner right from the start. It’s what attracted me to EpixTV I think it would have been the heir to, Homeland on Showtime.

Love this show. It’s my favorite, atm. Very little flash, lots of substance. I’m really hoping it continues and I’m looking forward to the next season.

Berlin Station was the main reason we kept our EPIX subscription. It’s a great thriller spy show and I hope if EPIX doesn’t pick up Season 4, that some other channel will so we can follow it there and leave EPIX.

I agree with other reviewers. Berlin station is as good as a great spy movie or novel. My friends and I love to discuss the potential bad guy. Please continue Berlin Station.

Berlin Station was one of the most intelligently written and creative dramas in recent times. It made you pay attention and wove in recent issues from the current events of the time. It had an outstanding cast. It would be interesting to see how Steven Frost’s character would have moved on with his treachery. Please bring this series back!!!!

great show shame on you for cancelling it. hopefully a more forward thinking company will pick it up & make many more seasons. I’ve noticed on other sites it’s got a 9.5 average rating for season 3. Maybe listen to your viewers just a thought.

‘enemy forces topple the Estonian government and reclaim the country for Russia’ you must love suptile russophobia from creators.