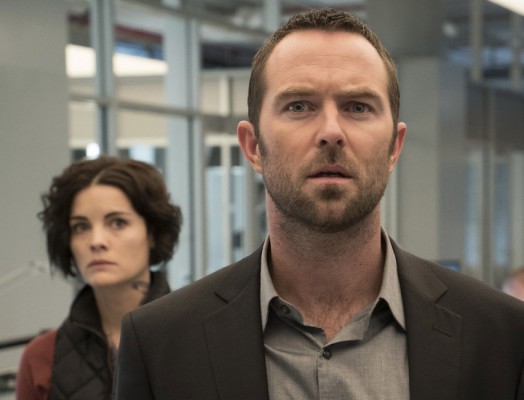 The peacock network has released some information, images, and a video preview of their upcoming primetime dramatic series, Blindspot. The hour-long series will debut this fall and air on Monday nights at 10pm — in the coveted timeslot following The Voice.

BLINDSPOT
A vast international plot explodes when a beautiful Jane Doe is discovered naked in Times Square, completely covered in mysterious, intricate tattoos with no memory of who she is or how she got there. But there’s one tattoo that is impossible to miss: the name of FBI agent Kurt Weller, emblazoned across her back. “Jane,” Agent Weller and the rest of the FBI quickly realize that each mark on her body is a crime to solve, leading them closer to the truth about her identity and the mysteries to be revealed. From Executive Producer Greg Berlanti (“The Mysteries of Laura,” “The Flash,” “Arrow”). 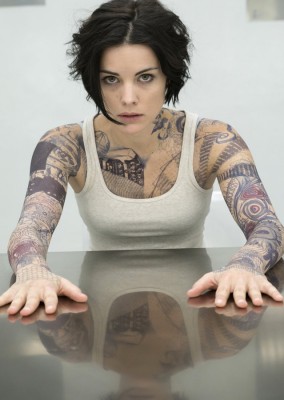 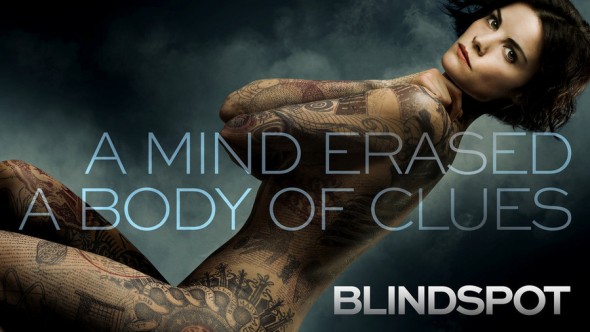 What do you think? Do you plan to check out this new series? Do you think it will be a hit in the ratings or that it will be cancelled after one season?

Haters are going to HATE HATE HATE! This show is interesting and has definitely got my attention. Thumbs up!

Im so excited. I just hope that it wil go on for more than one season, because al the good shows gets canceld

This will be an amazing new series that will be very intriguing.. Can wait to see the first eposoide.
Being a tattooed female myself . I see this show opening many doors to women in society that have tattoos to not hide them but to show them..it is art!!

ANOTHER TEASE…
I don’t think so! I’m not falling for another new NBC Show. I was really enjoying & intrigued by “Allegiance” & “State of Affairs”, then………..boom……done……..GONE.

This looks like a show that I will be watching every week that it is on. It is very different then any thing that has been on tv befor. Every thing is laid out on her body all they have to do is find out how it works out together. Also in what order do you work the leads that are on her body. I think that you have a hit on you hands.

@James Heinrich, the show is not here to cater for your sexual fantasies, your likes or dislikes,

I don’t much care for women with Tattoos but it wont stop me from watching the show.

If you want to see strong beautiful women, there are plenty of sites on the net for you to fulfil your fantasies 🙂

It sounds interesting. But after NBC canceling Allegiance and State of Affairs so early and without any consideration to the viewers I will worry about running the same fate.

I will definitely be watching this new show due to actor Sullivan Stapleton from the Cinemax series, Strike Back. Sullivan is a good actor & a hot stud! 😉

For all you negative people..
Give it a chance.

This sounds very interest.
I’ll be watching this .new series.

Cancel some of these ridiculous
Reality shows.

Could be good but State of Affairs was definitely a great show. Why try it when they’ll canel it if you like it.

Sounds absurd and a complete waste of my viewing time. Of course, the idiots at NBC could always decide to bring back “State of Affairs” and make a lot of viewers very happy. But what do viewers know?

I’m going to pass on Blindspot but I don’t know if it’s going to be a huge hit with a Voice lead-in on Monday nights.

I will not be watching this show I think women covered in tattoos are creepy and just can’t watch them, I like strong, beautiful, powerful, sexy women not ones covers in tattoos from the neck down.