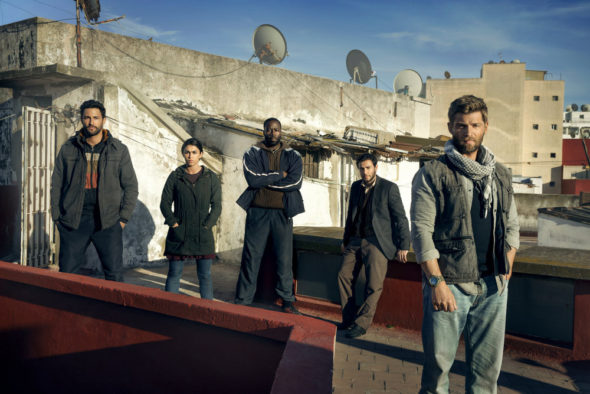 
What do you think? How do you feel about NBC cancelling The Brave after one season? If it were up to you, would The Brave be cancelled or renewed for season two? Sound off in the comments.

Please renew Brave for season 2. I really enjoyed the show and thought it was better than CBS’s Seal Team.

Keep the show, actors and directors, producers are great. This is more realistic with the added complications in the missions, everything does not always go right. They do well to keep out unneccesary profanities and sleaze. This is great

I love The Brave, so much better than the other military shows, like Seal Team!

I just binge watched the first season and I believe that The Brave definitely deserves to be renewed. It has great action and it’s own sense of suspense each episode.

I love this series please keep it!!!

I was late discovering this show as the time slot isn’t great for me. Thanks to Hulu and my DVR I was able to watch all of the episodes. I really enjoyed the show. All of the actors did a great job with their characters and I liked the overall positive tone of the show. I’m really hoping we get a second season in a better time slot but I don’t think anything else needs to change.

The Brave is an excellent show and the best of the new recent military series on the networks. We rate it higher than Seal Team and Valor. The storylines are suspenseful, keeping you watching every second for what comes next. The acting is superior. Please give the show a chance and renew for Season II.

The Brave is one of the BEST shows on TV. Please please please DO NOT cancel it. Great cast. Very realistic.

please renew, there are enough stupid “reality shows” going around that entertain the brainless audience without losing another quality show. Do you really need to make space for another show like Roseanne? YUK