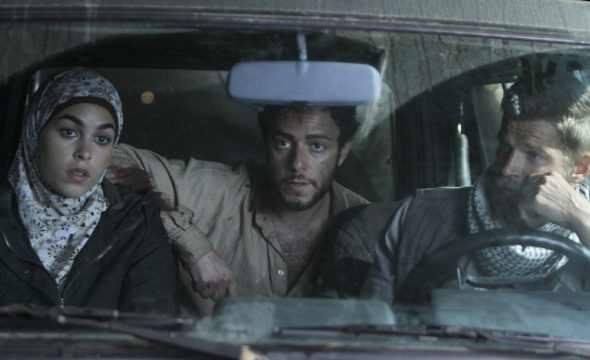 How do Dalton, Campbell, and the team handle their mission in season one of The Brave TV show on NBC? As we all know, the Nielsen ratings typically play a big role in determining whether a TV show like The Brave is cancelled or renewed for a second season. Unfortunately, most of us do not live in Nielsen households. Because many viewers feel frustration that their viewing habits and opinions aren’t considered, we’d like to offer you the chance to rate all the season one episodes of The Brave for us here.

An NBC undercover military drama, The Brave stars Anne Heche, Mike Vogel, Natacha Karam, Demetrius Grosse, Noah Mills, Hadi Tabbal, Tate Ellington, and Sofia Pernas. The series centers on Captain Adam Dalton (Vogel) who leads his Special Ops squad on dangerous field missions across the globe. Back in their Washington D.C. headquarters, D.I.A. Deputy Director Patricia Campbell (Heche) oversees the unit which provides support and analysis for Dalton and company. While this elite team usually faces seemingly insurmountable odds, they are dedicated to completing their missions successfully, regardless of the dangers and challenges thrown at them. **Status update below.

What do you think? Which season one episodes of The Brave TV series do you rate as wonderful, terrible, or somewhere between? If it had been up to you, would NBC have cancelled or renewed The Brave for season two? Don’t forget to vote, and share your thoughts, below.

**5/11/2018 Status Update: The Brave has been cancelled by NBC after one season. Details here.

Why? Why? This was the best show on television by far!! This show has to be picked up!!