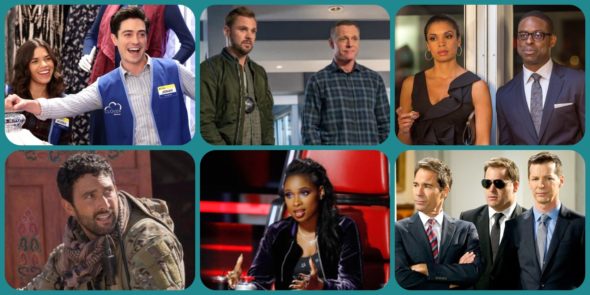 Every year, the NBC television network introduces new TV series, which are either cancelled or renewed by the season’s end. Likewise, some existing shows are also some under-performers that wind up as the television vulture’s TV dinner du jour. Although everyone understands the Nielsen ratings usually play a big role in TV cancellations and renewals, most fans don’t get to participate in that system. Since so many viewers’ opinions do not factor into the Peacock Network’s programming decisions, we’re offering you the chance to vote on NBC TV shows here, instead.

What do you think? Which NBC TV series do you rate as wonderful, terrible, or somewhere between? If it were left up to you, which NBC TV shows would be cancelled or renewed for another season? Don’t forget to vote, and please share your thoughts, below.

I love Blue Bloods and I always will. It makes me keep hope that family will not be lost in America.