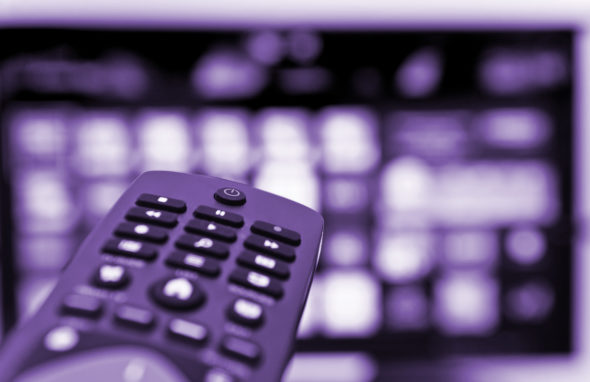 Like it or not, network TV series typically live and die by their Nielsen ratings. Since most fans do not live in Nielsen households, the average person’s preferences aren’t taken into account, and that is frustrating. While we can’t change the system, we want to give you an outlet for your opinions, so we invite you to vote for your favorite 2018-19 network TV shows here. Which programs are the best or the worst? If it were up to you, which TV series would be cancelled and renewed?

ABC TV series this season (so far) : The Alec Baldwin Show, American Housewife, America’s Funniest Home Videos, American Idol, The Bachelor, Black-ish, Bless This Mess, Child Support, The Conners, Dancing with the Stars, Dancing with the Stars: Juniors, The Fix, For the People, Fresh Off the Boat, The Goldbergs, The Good Doctor, The Great American Baking Show, The Great Christmas Light Fight, Grey’s Anatomy, How to Get Away with Murder, The Kids Are Alright, Match Game, A Million Little Things, Modern Family, The Rookie, Schooled, Shark Tank, Single Parents, Speechless, Splitting Up Together, Station 19, Videos After Dark, and Whiskey Cavalier.

these are the great ones, keep them going

Is HBO’s Big Little Lies going to be renewed for Season 2?

Please do not cancel NOS4AT2, instead allow the characters to return for a second season. Perhaps with more undead. I love horror shows and NOS4A2 is perfect for me and others like me because there is nothing like it on any of my 2,000 channels I pay for. I believe with a bit more notoriety and more advertisements thos show could be one of your best viewed shows in 2020. Please consider allowing Nos4a2 to continue with a darker storyline. Thanks for letting me express my thoughts.

Big fan of Tyler Perry Too Close To Home

Would love to have another season of “TCTH” I was a very faithful fan and was so disappointed when it was cancelled and would be so gratious to have it come back… Anything Tyler Perry does I’m a big fan of ! All the actors done a awesome job and would love to see them back! PLEASE BRING IT BACK!!!!!! Love you guys for the 2 seasons we got tho!

Whiskey Cavalier is a great show. If this gets cancelled and Season 2 is not in the works I’m back to just watching cable TV shows. Whiskey and Frankie are awesome. Especially Frankie (Lauren) Love her attitude…

ABC SUX, They have an innate ability to cancel good shows

Please keep Whiskey Cavilier, The Cool Kids, For The People on TV. These shows are great entertainment. We need less Reality shows and more shows that will give us laughter and pure entertainment and meaning.

Whiskey cavalier is great. They gave it a horrible start. After the oscars in middle of the night in east. And very late elsewhere. Little or no advertisements and pitiful promotions. Too bad was an excellent fun show with great characters.
ABC blew it again. Now only occasional shark tank. Otherwise I don’t have any reason to watch.

B Barnabei
Reply to  Janice Laurie

Loved Whiskey Cavalier random they canceled it anyway. Hate ABC brings good shows and never lets them get a foothold!