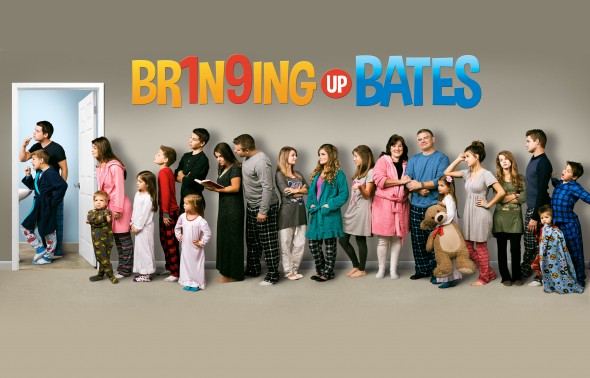 Bringing Up Bates is coming back. Recently, the family announced the UP TV show will be back for a seventh season in 2018.

The reality show follows Gil and Kelly Jo Bates and their 19 children, three of whom have their own children.

On the family blog, the Bates revealed Bringing Up Bates has been renewed for a seventh season, which is slated to premiere on UP on January 4th at 9 p.m. ET.

UP TV, the entertainment destination that showcases stories about modern American families and the relationships that define them, announced today that it has renewed hit reality series Bringing Up Bates for a seventh season after solid growth with season six was capped off with its strongest episode of the season1. Led by devoted father Gil and his loving wife Kelly Jo, the Bates do everything in bulk while staying true to their values and rules for the family. On the heels of the 2016/17 broadcast TV season being the network’s best ever in P18-49 (+10% LSD)2, UP has ordered 26 episodes, which is the largest season episode order to date. The new season will premiere Thursday, January 4 at 9 p.m. ET.

“With 31 people covering three generations now in the Bates family, each day is full of surprises, love, humor and new memories,” said Timothy Kuryak, svp unscripted development and production, UP. “This new season of Bringing Up Bates will take viewers on a journey full of some of life’s biggest moments including the highly anticipated engagement and marriage of Tori Bates and Bobby Smith as well as job changes, new relationships and new surprises! The Bates continue to deliver on the promise of feel-good, positive entertainment.”

In the new season of Bringing Up Bates, the Bates continue to add to their family. From Tori and Bobby’s wedding planning to Carlin’s impending courtship to Josie’s growing relationship to possible babies on the way, love is in the air for the Bates. And lately, their simple rural lifestyle in Tennessee is in a flurry of transitions as this remarkable and ever-expanding family continues to navigate life’s trials and triumphs.

Whitney gets her real estate license, Chad takes on a new opportunity, Michaela and Brandon move into a new house and continue their fertility journey, and the Bates are in full wedding prep for Tori and Bobby’s upcoming nuptials.”

What do you think? Are you a fan of Bringing Up Bates? Are you glad there will be another season?

I don’t understand, every week UP say The Bates will be on from 9 to 10pm and every week it is over at 9;30P? I have Spectrum TV. So disappointed! Judy B

I cant wait for new season how about dvds

Great news!! Love this family and this show!!

Keep them on. They are refreshing and no worrying that your children can’t watch.