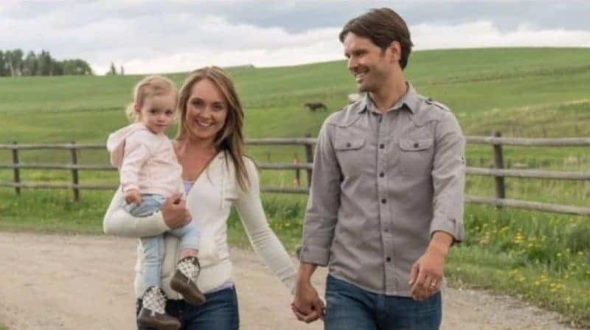 The long-running series is a multi-generational saga that’s set on the Heartland ranch in the rolling foothills of Alberta, Canada. It follows Amy Fleming (Amber Marshall), her older sister Lou (Michelle Morgan), and their Grandfather Jack (Shaun Johnston). Together, they confront the challenges of running the ranch that has been in their family for generations.

Season 14 of Heartland is set to debut on CBC this coming winter. Meanwhile, season 13 premieres on UP in the U.S. on June 4th at 8 p.m. ET.

What do you think? Do you watch Heartland? Are you looking forward to the new season?

Of all the stuff to watch on tv “Heartland” is at the top of my list. It is “food for the soul”; good for all ages entertainment to take our minds off the BS being pushed around the world!

I am halfway through watching this series for the 5th time. My all. Time favorite show! Sometimes many times I stay up to 2, 3, 4 AM because I love the show, I love the horses I love the scenery I love the themes I love everything about it. I’m sick to death that Ty is leaving and see some 14 and I hope he’s brought back one way or the other because him and Amy are the truest love story anyone can ever imagine. I’ll never quit watching the show but I think he has an Intercal part of… Read more »