The tenth season of the Heartland TV show is coming next month to UP TV, on a brand new night. Heartland, season 10, premieres on UP, Sunday, April 23, 2017 at 8:00pm. The season 10 premiere consists of two back-to-back episodes.

Learn more from UP TV:

“Heartland” Season 10 is coming to UP and will be on an all new night — Sunday! Don’t miss the new season premiering Sunday, April 23 with back-to-back episodes starting at 8 PM ET.

A family drama series set in the rolling foothills of the Rockies, “Heartland” follows life on the Heartland ranch as Amy Fleming (Amber Marshall), her older sister Lou (Michelle Morgan) and Grandfather Jack (Shaun Johnston) deal with the challenges of running the ranch that has been in their family for generations. Heartland is not like any other ranch — it is a horse ranch with a special mission of treating troubled or neglected horses and finding them new homes, and Amy has inherited her late mother’s uncanny ability to work with, understand and help heal those horses. 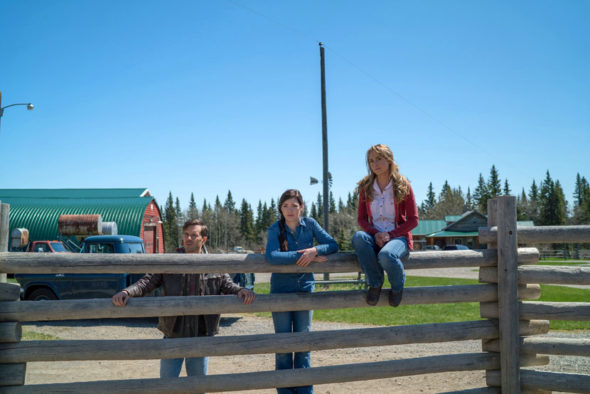 What do you think? Are you a fan of the Heartland TV show? Do you plan to watch season 10 on UP TV?

I absolutely love heartland It’s a wonderfully produced program, with a warm, loving,touching reality. I have missed it very much. I’m so looking forward to its return

I’m watching Heartland and Amy just told Ty he was going to be a father and that ended the show, when is the next show going to start.

Please continue with Heartland, love the show and watch it all the time