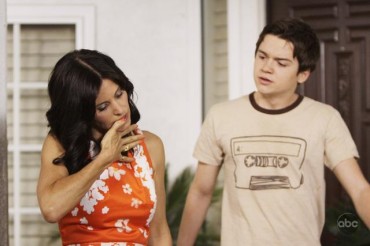 Is your favorite ABC TV show coming back? Has it already been cancelled? What TV series have already been renewed for next season? Well, wonder no more. Here’s a list of all of the regular ABC series that have aired (or are expected to air) during the 2010-11 season (that’s roughly May 31, 2010 to June 1, 2011).

If you can’t find a particular ABC program on this list, it may have been cancelled last season (2009-10) or perhaps the one before (2008-09). For a list of cancelled shows from all networks, you can go here. It may also be possible that we missed something so feel free to let us know in the comments below.

What do you think? Do you see any surprises on the list? Which ABC TV shows won’t be renewed? Are there any that you wish would be cancelled?

bring V series back for season 3 but show al cliffhangers and end the show…..bye doing so you ratings will shoot sky high its what people want to see…..!

The reason why ABC tv series have low ratings and few viewers is because no one can trust them I can’t because you start watching you are enjoying it and then they go and cancel it so do you expect me to go back for more after that has happened to me like three, four times NO WAY.

Going through the cancelled or renewed list I realised that ABC tv shows always get cancelled or never end, so I think the best thing is to not get my hopes up watching any ABC tv series again.

abc can pretty much cancel them all! NBC and CBS still rule !

Don’t cancle Body of Proof and Malibu Country for goodness sake they are good shows whos does this when we find something good you take them off.

Cancelling good shows is why I watch FX, USA, TNT to name a few instead of NBC<ABC< and CBS.

I think almost all the shoes sould be cancelled and start fresh. They have long outlasted their ability to be entertaining. The supposedly “funny” ones are not in the least funny. They are stupid. Ever since the writers strike TV has gone downhill fast.

They can cancel the whole network with junk like what they had & renewed! I don’t know how much those execs make, but they are way over paid!!!

I can see why the ABC execs are in such a scramble for ratings, they trash some shows and do not trash and renew some of the reality show trash, of course that is probably the type of audience they are reaching for the type that have no life other than sit on the couch and watch some assed up reality show.!

Another article said that Smash was cancelled, sure hope they are wrong. Love the singing, story line was getting interesting, why wait so long for guest actors?

Another article said that Smash will be canceled, you don’t, I sure hope it stays on

You’re reading an old post. It has been cancelled. https://tvseriesfinale.com/tv-show/tag/nbc-tv-shows-canceled-or-renewed/

Am from kenyia in africa you people have 2 bring back off the map.people here love it….please is thre a way u can change ur mind….its worth a second time.

I’m sorry you aren’t keeping Good Afternoon America on but replacing it with Katy Couric. Josh and Lara keep you watching as they had a lot to get in in an hour. It broke the day up with a light fast paced funny show. Not like soap opera’s and reg. daily news programs , which seem to be on all day now. Please reconsider or I’ll quit watching all of your morning programs. Channel WXIA is getting interesting shows on.

I don’t want to believe that you are cancelling “Off the Map”. My husband and I watched this faithfully and if we were going to be away…made damn sure it was recorded. Why not get rid of crappy shows like bachelor pad,wife swap and what about extreme makeover…absolutely have had enough of Ty’s yelling…ruins the show.