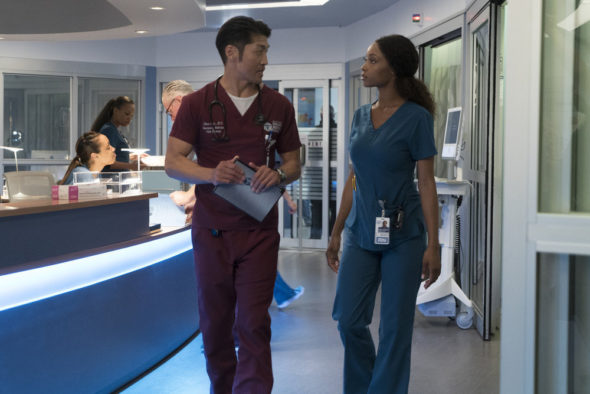 Chicago Med is back with an all-new season, and an actress from Teen Wolf is joining the medical drama in a recurring role. Arden Cho will join the series as Dr. Ethan Choi’s sister.

TV Line revealed the following about Cho’s role on the NBC series:

“Emily is a semi-professional gambler who bankrolls her high-stakes betting by cozying up to rich men. She’s fun, likable, energetic, and extremely unpredictable. (Something tells us Ethan’s tolerance level for his sis will be decidedly low.)”

Chicago Med is currently airing on Tuesday nights on NBC. Are you excited to see Arden Cho on the NBC series? Tell us what you think.