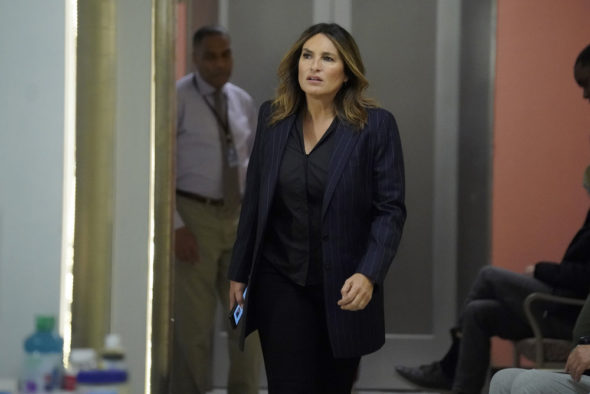 Chicago Fire, FBI, and Law & Order: SVU are just some of the series under the Dick Wolf label that have put a halt to their production due to concerns over the coronavirus. The shows were nearing wrap dates for their current seasons, but it looks like they will not start production again til next fall, per a Deadline report.

Chicago Fire, Chicago Med, and Chicago PD all film in Chicago, and that city did have the first case of a TV staffer contracting the illness.

NBC said the following about the decision to shut down production on their programming in a statement:

“The safety and health of our cast, crew and employees is our top priority. Where possible, we are pausing production for two weeks as a precautionary measure, following which we will reassess and determine an appropriate start date. In some cases, we are accelerating plans to wrap up physical production.”

All three Chicago shows and Law & Order: SVU were all recently renewed for three more seasons. New Amsterdam, another series impacted by the production shut down, was also renewed for three seasons earlier this year.

What do you think? Are you surprised that the Dick Wolf family of shows have stopped production for the season? Is it a smart move by NBC Universal?

I think they’re going to owe us extra episodes if they start extremely late.

I’m so excited about ALL the Chicago shows being re-newer! However, I’m not surprised. Everyone I know says, “ it’s Chicago Night!”
I know Dick Wolf, did the right thing! He didn’t want to compromise the actors getting ill. Great move!!! That shows compassion!

“Dick Wolf Series on NBC and CBS May Have Shortened Seasons” Yes, shortened seasons THIS year (2019-2020). It is possible that any episodes of “SVU” and the “Chicago” and “FBI” franchises that are left uncompleted this season can be added to the episode orders for next year (2020-21), provided that a Writers’ Guild strike doesn’t get in the way. I bet all six shows’ current seasons are stopping at 20 episodes, so their orders may end up being super-sized to 24-28. For example, “Law & Order: Special Victims Unit” had a 24-episode order for its current 21st season. If “SVU”… Read more »

Why are reruns played before the end of the season. Seems new show , rerun, new show. What is up? After the season reruns would be ok. Great programs except for this.

This is a Great idea! I LOVE these shows! I Live for them each week! Can’t have these great series without Wonderful Stars that make that stories came Alive!! Can renew each of these for next 10 Years!

You should have Dick Wolf write a few more stories to get a wrap around series fill the void left when these are shut down! He ROCKS!

I think that was very smart considering their saying disease could up to as many as 65 million people in the end. We all should be careful when it comes to our health!

I applaud you for putting the health of the actors and the other employers. I love the 3 shows. You can always put repeats. a faithful fan.

Very good idea to shut down. Please people be safe.