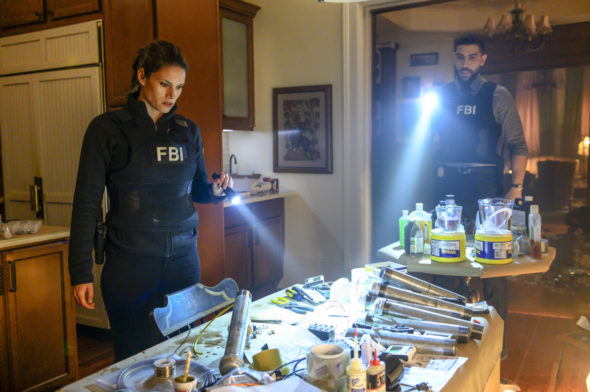 Is the FBI franchise branching out? CBS boss Kelly Kahl recent spoke with Deadline about the possibility of another Dick Wolf TV show spin-off.

FBI, which was just renewed for a third season, follows an elite team of experts who work at the New York City office of the Federal Bureau of Investigation. Meanwhile, the spin-off series FBI: Most Wanted premiered in January 2020 and focuses on the work of the Fugitive Task Force, a team that tracks and captures the notorious criminals on the Federal Bureau of Investigation’s Most Wanted list.

When asked if there is another FBI spin-off on the horizon, CBS president Kelly Kahl said Dick Wolf is always coming to them with ideas:

We are always talking to Dick [Wolf] and Dick is always bouncing ideas off of us and I can’t rule anything out.

During this year’s winter TCA press conference, Dick Wolf did say there is endless potential for the franchise:

There is the FBI and basically all other law enforcement.These are true‑blue people, and we should be honoring them in a variety of ways.”

What do you think? Are you fan of FBI and FBI: Most Wanted? Would you watch another spin-off?

I love both FBI and FBI MOST WANTED!

I have watched every episode.

Yes, as I would not miss both FBI and FBI: Most Wanted.