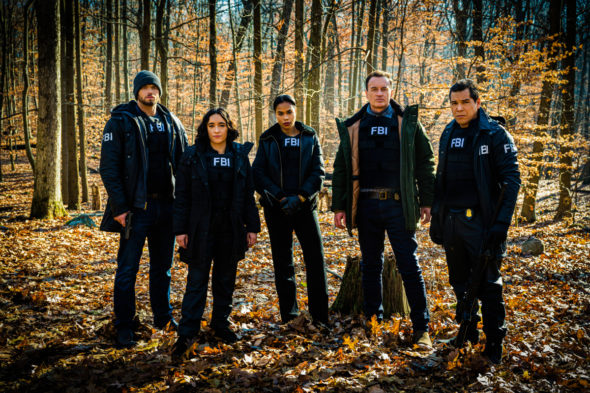 The story focuses on the work of the Fugitive Task Force, a team that tracks and captures the notorious criminals on the Federal Bureau of Investigation’s Most Wanted list. The highly skilled agents function as a mobile undercover unit that’s always out in the field, pursuing those who are most desperate to elude justice.

Overseeing the team is Jess LaCroix (McMahon), a seasoned but enigmatic agent. He’s at the top of his game and is called upon to apprehend the most elusive and dangerous fugitives. His trusted crew includes former NYPD detective and street-smart Sheryll Barnes (Sternberg); data analyst Hana Gibson (Castle-Hughes); Army intel veteran and communications expert Kenny Crosby, (Lutz); and Jess’ brother-in-law, Clinton Skye (Arcand), a deadly marksman with a law degree.

These elite agents are always at the ready to answer the call, picking up the trail to hunt down and catch the “most wanted.”

What do you think? Do you like the FBI: Most Wanted TV show? Do you think it should be cancelled or renewed for another season?

I loved the most wanted show until my favorite two men on the show have left.
The show just want be the same

I really like the show. Ask about cancelling due to lead character being killed off! I hate that because he is really good at what his character does!

One of my favorite TV Series. I enjoy watching these detective series, they make week night television interesting to watch. If it weren’t for them, there wouldn’t be much television to watch. Glad its staying!

I watch as it holds my interest and is mature

Great show. Really holds my interest. I look forward to watching this show every week. AND, reruns too!