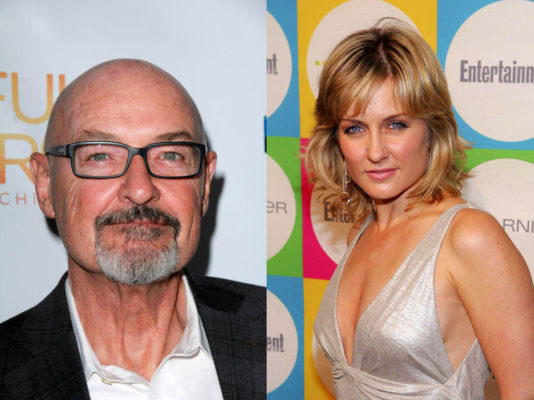 FBI: Most Wanted is getting some new company. Deadline reports Terry O’Quinn and Amy Carlson will recur on season two of the CBS TV show.

A spin-off of FBI, the crime drama focuses on the work of the Fugitive Task Force, a team that tracks and captures the notorious criminals on the Federal Bureau of Investigation’s Most Wanted list. The FBI: Most Wanted cast includes Julian McMahon, Kellan Lutz, Roxy Sternberg, Keisha Castle-Hughes, and Nathaniel Arcand with Yaya Gosselin and Lorne Cardinal in recurring roles.

On season two of FBI: Most Wanted, Terry O’Quinn will be playing “Byron Lacroix, the divorced father of Jess (Julian McMahon). Byron is from New Orleans, and he and Jess have a troubled past. Byron has a big personality and a gambling addiction, and he shows up at Jess’s house with his new, much younger girlfriend in an attempt to try to reconcile with his son.”

Meanwhile, Amy Carlson has been cast as “Jackie Ward, a veteran bounty hunter who has crossed paths with Jess before. She is a force of nature, profane, witty, good at her job but plays by her own rules. A thorn in the team’s side.”

Season two of FBI: Most Wanted just began production in New York. CBS has not yet announced a premiere date.

What do you think? Have you seen the FBI: Most Wanted TV show? Will you watch season two when it debuts in 2021?

Both actors are terrific! Another good series on its way to a large fan base….just continue with realistic storylines ❗️

I will be watching when it premieres

I will be watching FBI most wanted season 2.
Looking forward to seeing Amy Carlson again.
I hope she becomes a regular on the show.

I liked her just where she was, on Blue Bloods

Love this show! So glad to see it coming back.

I already like the show. The addition of these two will make it even better.

Amy is one of the best actor/actress ever. She was way underutilized in Blue Bloods, which I absolutely love. Very underutilized. Good luck Amy.

Amy and Terry will make the show even better than it is and I didn’t think that was possible.

Absolutely will watch. Love this show! And all the FBI franchise! Thanks CBS!

Love that show. Excited to see new actors which I liked on their other shows!!