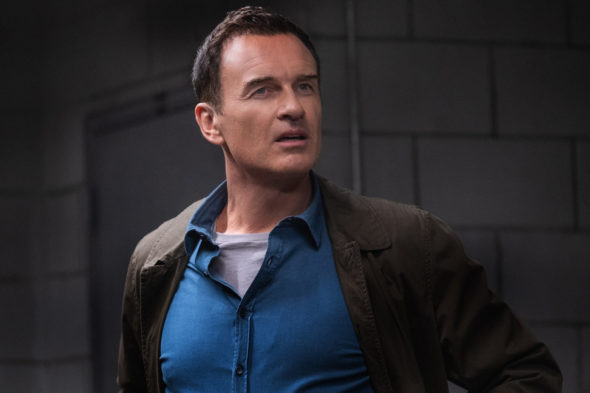 Can this team of experts find their dangerous prey in the first season of the FBI: Most Wanted TV show on CBS? As we all know, the Nielsen ratings typically play a big role in determining whether a TV show like FBI: Most Wanted is cancelled or renewed for season two. Unfortunately, most of us do not live in Nielsen households. Because many viewers feel frustration when their viewing habits and opinions aren’t considered, we invite you to rate all of the first season episodes of FBI: Most Wanted here. *Status update below.

A CBS crime drama from Dick Wolf, FBI: Most Wanted is a spin-off of the FBI TV series. The show stars Julian McMahon, Kellan Lutz, Roxy Sternberg, Keisha Castle-Hughes, and Nathaniel Arcand with Yaya Gosselin and Lorne Cardinal in recurring roles. The story focuses on the work of the Fugitive Task Force, a team that tracks and captures the notorious criminals on the Federal Bureau of Investigation’s Most Wanted list. The highly skilled agents function as a mobile undercover unit that’s always out in the field, pursuing those who are most desperate to elude justice. Jess LaCroix (McMahon), a seasoned but enigmatic agent, oversees the team which includes former NYPD detective Sheryll Barnes (Sternberg); data analyst Hana Gibson (Castle-Hughes); Army intel veteran Kenny Crosby, (Lutz); and deadly marksman Clinton Skye (Arcand).

What do you think? Which season one episodes of the FBI: Most Wanted TV series do you rate as wonderful, terrible, or somewhere between? Do you think that FBI: Most Wanted should be cancelled or renewed for a second season on CBS? Don’t forget to vote, and share your thoughts, below.

Very good show. We never miss it. It’s so different how they investigate, so never boring. Love this show.

Way too much left-wing political bias on episode 9. Portraying U.S. federal agents as white supremacists is just wrong. Yeah a single agent maybe, but to demonize those whose job is to enforce laws passed by Congress and upheld by multiple administrations over the past 40 years is just showing the extremist views by a few powerful people in Hollywood.

Episode 9 was heavily loaded with extreme leftist views portraying federal immigration officials as white supremacists . . . A stereotype that is not only very wrong, they are duly sworn law officers upholding those laws passed by Congress . . . The same laws that Obama, Hillary Clinton, and other senior government officials all supported. Bad bad script.

The main problem with this show is the music is so loud you cannot hear the dialogue. I have tried to watch the show a couple of times and it’s very distracting to hear all the background music and not the dialogue. Otherwise it might be a good show, but who can know