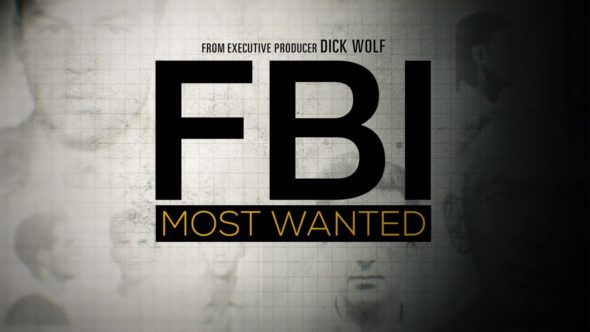 Dick Wolf has created and executive produced the very successful Law & Order and Chicago franchises for NBC and, in 2018, he launched the FBI series on CBS. The show has performed well in the ratings for the network and, not surprisingly, this has led to CBS launching a spin-off, FBI: Most Wanted. Will this be one of the rare Dick Wolf series to be cancelled after a single year or, will it be renewed for season two? Stay tuned. *Status update below.

A crime drama, FBI: Most Wanted is a spin-off of the FBI TV series. The show stars Julian McMahon, Kellan Lutz, Roxy Sternberg, Keisha Castle-Hughes, and Nathaniel Arcand with Yaya Gosselin and Lorne Cardinal in recurring roles. The story focuses on the work of the Fugitive Task Force, a team that tracks and captures the notorious criminals on the Federal Bureau of Investigation’s Most Wanted list. The highly skilled agents function as a mobile undercover unit that’s always out in the field, pursuing those who are most desperate to elude justice. Jess LaCroix (McMahon), a seasoned but enigmatic agent, oversees the team which includes former NYPD detective Sheryll Barnes (Sternberg); data analyst Hana Gibson (Castle-Hughes); Army intel veteran Kenny Crosby, (Lutz); and deadly marksman Clinton Skye (Arcand).

5/6 update: You can see the latest night’s ratings in context.

What do you think? Do you like the FBI: Most Wanted TV series on CBS? Should it be cancelled or renewed for a second season?

I wish the music wasn’t so loud, as very difficult to hear voices.

I loved this show until Jess was killed off. Why is that?

I love this show as I do FBI and NCIS but Dick turn the music DOWN when people are talking. It is so loud sometimes I want to quit watching it. Why do yo have to have the music anyway. It takes away from the story not add to it

FBI Most Wanted is a great show.Im 61 and love the sho it needs to keep going and so does seal team. They already took off one of the greatest shows Hawaii five O don’t let us loose these two too.

I love FBI:Most Wanted, so do several people I know. Working for the CPD some of those stories are similiar to some real life experieces that we had happen where the FBI had to be called in. The actors are all great, it is serious and has some humor but the best if that it is very informative. It excites us to see what the episode the following week will be. FBI is not that great, it is the same as so many other Law Enforcement series. They are too dry. Sometimes me and my friends get together and play… Read more »

I love this show please renew

Don’t like the show. The Revelle episode was completely ridiculous!!! Insulting to pretty much everyone in public service and just irritating in its trite plot and unbelievable characters. They follow NCIS, which is a waste of a good time slot.

I think Deeefb, that one episode that you didn’t care for shouldn’t be called out to cancel. If you have actually watched most of the show the characters talk like they really know what they are saying is from being an agent for a while. The actors are great, especially Julian McMahon, he is a great sexy actor, shows real character of an FBI agent, and Kellan Lutz is also very very good, he looks like an agent that I would be secure in keeping anyone safe. They are all good but Julian and Kellan stand out. So please watch… Read more »

Like the show but the music is so loud during intense scenes we can’t hear what’s being said. It happens a lot!

I & others I’ve talked to share the same opinion as Diane. Music is TOO Loud. Too many shows have loud music which means you can’t hear the voices.

YES, the music is SO LOUD I miss many of the words. I do NOT tune in to a show to hear LOUD music…..I want to hear the WORDS of the characters…..please fix this problem and keep the show on!….Thank you.

I agree. Music on this show is the loudest of any show I watch. Stopped watching as music is annoying.

The lead character is not believable. The team has no personal quality. Cancelled

The show is worth watching, but the music is so loud a person can’t hear the words. Knock off the constant music.

We love both FBI shows. Among the best on tv. Please keep them going.

Excellent show. Would love to see more. Enjoy FBL-most wanted much more than the original FBI.

We are done, gave it four episodes, but this shows pales in comparison to the original FBI series.