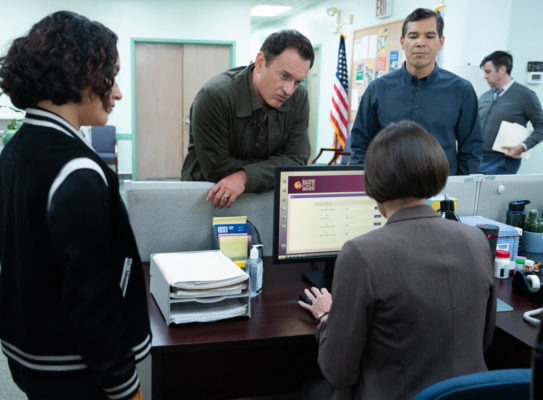 CBS wants more of FBI: Most Wanted for 2020-21. The network just announced they’ve renewed the crime drama TV show for a second season.

The FBI: Most Wanted series focuses on the work of the Fugitive Task Force, a team that tracks and captures the notorious criminals on the Federal Bureau of Investigation’s Most Wanted list. The cast includes Julian McMahon, Kellan Lutz, Roxy Sternberg, Keisha Castle-Hughes, and Nathaniel Arcand with Yaya Gosselin and Lorne Cardinal in recurring roles.

The first season of FBI: Most Wanted wrapped last night and is comprised of 14 episodes. We’ll have to wait to find out when season two will premiere.

What do you think? Have you seen FBI: Most Wanted? Will you watch season two on CBS?

I would like to see FBI most wanted again. I would like CBS to consider a 90 minute special. Fast pace but with more character development. What I’d really like is a good taught FBI Most Wanted movie. Maybe have two versions. Like they did for Jesse Stones first movie. The DVD could be an r-rating

Absolutely love this show. It didn’t seem to have enough episodes in 2019-2020 I can’t seem to find the date when the new season begins Can’t wait! Great show

Yes, this is an awesome show. Why is there nothing stating the return date? Patiently waiting….