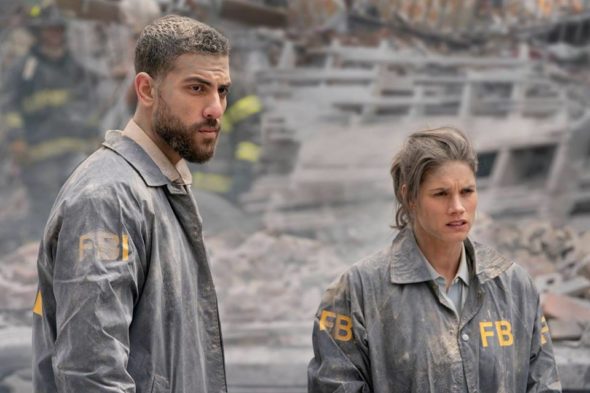 Is it a crime to miss the second season of the FBI TV show on CBS? As we all know, the Nielsen ratings typically play a big role in determining whether a TV show like FBI is cancelled or renewed for season three. Unfortunately, most of us do not live in Nielsen households. Because many viewers feel frustration when their viewing habits and opinions aren’t considered, we’d like to offer you the chance to rate all of the FBI season two episodes here. *Status Update Below.

What do you think? Which season two episodes of the FBI TV series do you rate as wonderful, terrible, or somewhere between? Should CBS cancel or renew FBI for a third season? Don’t forget to vote, and share your thoughts, below.

This is one my favorite shows, can’t wait for the shows return.

Love this show keep it on, for at least a while

I love the show except when it gets too political and left leaning . I turn it off and move to the next episode. Hopefully the rest are not the same.

I see that this series has lost a lot of viewers in its second season. One would think that a cop show would appeal to middle America, but the story lines are notably “woke.” The White Supremacist villains seem to have more influence on “The FBI” than they do in the country at large. That malign stereotype may work on the East and West coasts, but doesn’t it alienate half the country?

Anything Dick Wolf touches turns solid gold. This show and FBI: Most Wanted are no exception. I hope they both last at least a decade. Excellent cast including some favorites from past Wolf shows, Alana De La Garza and Jeremy Sisto are both outstanding talent!

Another favorite of mine! The cast flows well together… Can’t imagine not watching this show each week.

Excellent show! I look forward to watching it every week.

I find the combination of the cast’s personality and story line, make it a popular show.

I like this show and watch when I can. KEEP IT FOR SEASON THREE.