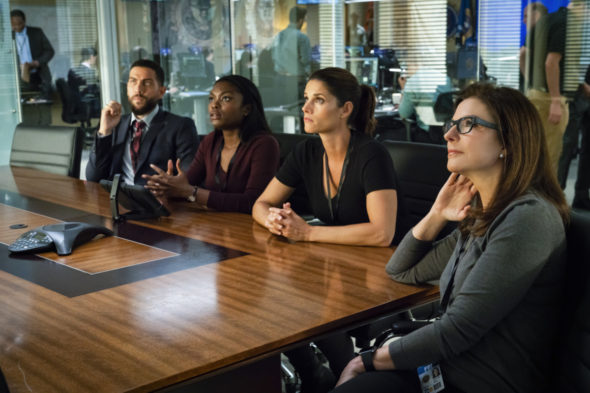 Is the FBI team working hard enough in the first season of the CBS series? As we all know, the Nielsen ratings typically play a big role in determining whether a TV show like FBI is cancelled or renewed for season two. Unfortunately, most of us do not live in Nielsen households. Because many viewers feel frustrated that their viewing habits and opinions aren’t considered, we’d like to offer you the chance to rate all the season one episodes of FBI for us here.

Airing on the CBS television network, FBI stars Missy Peregrym, Zeeko Zaki, Ebonée Noel, Jeremy Sisto, and Sela Ward. The program revolves around the inner workings of the Federal Bureau of Investigation’s New York office and a group of first-class agents. The team brings all of their talents and technical expertise to solve major cases of tremendous magnitude — including terrorism, organized crime and counterintelligence..

What do you think? Which season one episodes of the FBI TV series do you rate as wonderful, terrible, or somewhere between? Should CBS cancel or renew FBI  for a second season? Don’t forget to vote, and share your thoughts, below.

Love the show but get so tired of Jubal walking up and down the room yelling.

Why is Sela Ward leaving? She is great!!!

I’m glad the Show is renewed for Season 2 and it has a great Cast but found out Sela Ward is leaving after only one Season. She will be missed because she fit right in with the other Cast and hopefully they can change her mind about leaving.

Please please don’t cancel my new Favorite show FBI, I love it so much

We have so many recorded shows to keep up with, but decided to give FBI a try. Glad we did! Good acting, exciting episodes.