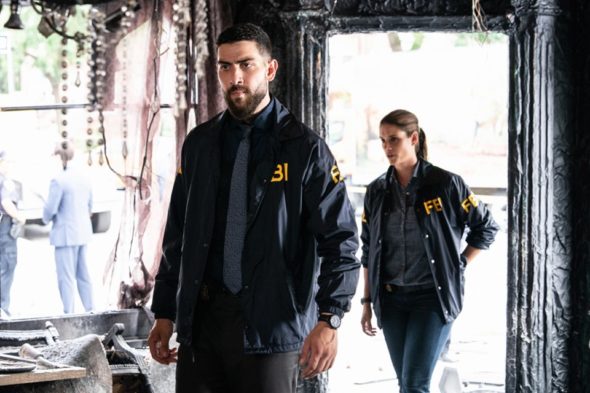 The second season of FBI averaged a 0.89 rating in the 18-49 demographic and 9.07 million viewers. Compared to season one, that’s down by 8% in the demo and even in viewership. Find out how FBI stacks up against the other CBS TV shows.

Will CBS cancel or renew FBI for season three? The network needs newer programming and FBI is performing pretty well so I think that it will be renewed. I’ll update this page with breaking developments. Subscribe for free FBI cancellation or renewal alerts.

What do you think? Are you glad that the FBI TV Show has been renewed? How would you feel if CBS had cancelled this series instead?

Good show. My wife and I love it.

I am very happy to know FBI third season was renewed

I really like & look forward to watching FBI on TV for season 3.

FBI is my favorite show. Especially like Missy Peregrym. So glad it is being renewed!!!

Only serie, I watch. Obviously like the show. It has heart.

Im glad it’s been renewed. I just hope it’s with Maggie coming back. Cuz her and OA is the main reason i watch lol. I hope so much she’s back for season 3.

I like Most Wanted a lot more. There’s NO one Looking like they’re going to Cry through the whole Episode every week. Glad she’s gone.

No I don’t like it, I absolutely love it. Look forward to seeing it every week. If it came on more often, I would be watching every episode. Please don’t cancel the show.

My husband and I watch this show together and both love it. Great storylines, Love Maggie and OA. PLEASE RENEW