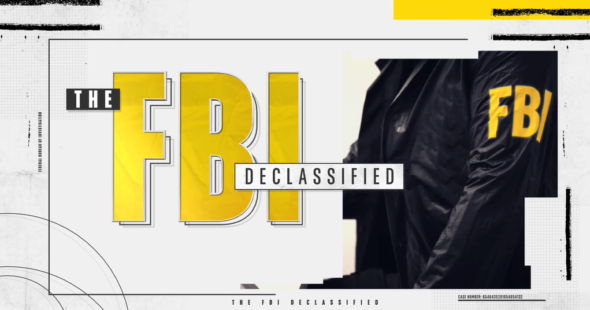 Can the agents help those in need in time? Has The FBI Declassified TV show been cancelled or renewed for a second season on CBS? The television vulture is watching all the latest cancellation and renewal news, so this page is the place to track the status of The FBI Declassified, season two. Bookmark it, or subscribe for the latest updates. Remember, the television vulture is watching your shows. Are you?

Airing on the CBS television network, The FBI Declassified TV show is narrated by Alana De La Garza, from the CBS scripted drama FBI. This series from the team behind the network’s 48 Hours TV show gives viewers unprecedented access to some of the biggest cases handled by real-life FBI agents and analysts. Viewers are taken behind the scenes of some of the biggest cases that FBI professionals have solved during their careers. Through never-before-seen footage and in-depth interviews, each episode focuses on a different investigation and showcases the cooperation between the FBI and other law enforcement agencies. Agents and analysts reveal the thinking, teamwork, technology, techniques, and pure gut instinct that goes into solving a critical case.

Will CBS cancel or renew The FBI Declassified for season two? This appears to be an inexpensive program to produce and it ties into the network’s pair of FBI drama series. I think it will be renewed. I’ll update this page with breaking developments. Subscribe for free alerts on The FBI Declassified cancellation or renewal news.

What do you think? Do you hope The FBI Declassified TV show will be renewed for a second season? How would you feel if CBS cancelled this TV series, instead?